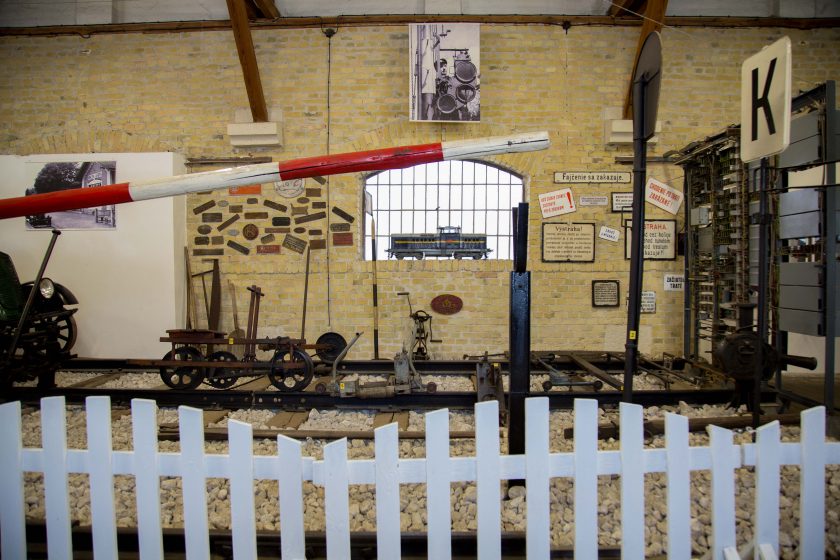 Where I go visiting a train maintenance facility overnight, board in Vienna for the shorter border crossing so far, and arrive on the Connecting Europe Express at Bratislava’s train museum

Shortest ride so far for our day 9 on the Connecting Europe Express. The train is leaving St. Pölten around 9 AM to go to Vienna in only half an hour, but I am not there, I am already in Vienna.

Imposing city by the way.  As usual, I had just the time for a quick walk after dinner and before the job that I went to do, which happened at midnight. Yet, the city centre gives out this vibe of elegant sturdiness, this monumental strength embedded in the history of constructions that have been standing there for centuries.

A colleague made a comparison with Rome the other day. But I disagree. Rome is something completely different to me, with all those layers of historic diversity. Vienna feels more like Milan, with all those renaissance palaces amassed together. Just much bigger and stronger.  Saint Peter Church and Saint Stephen Cathedral are majestic, in their own different ways. A classic Vienna’s wurst is also a must.

But let’s go back to the subject at hand. I was in Vienna from the night before because the train had to go to a maintenance facility. I just gave a hand to the team who needed to load new catering and conference material, so I happened to visit a kind of a special place. It doesn’t happen every day to see a whole train lifted up like a weight at the Olympics. It is quite impressive, and a little bit scary. But I did sneak underneath it to see how it looks like. It was a now or never kind of situation.

Trains do regular technical maintenance for safety, loading and unloading stuff (just think about rubbish for example) and cleaning of course. The Connecting Europe Express is no exception. Despite all its coolness, it needs to do its routine checks.

This also made me realize that we are used to thinking of train workers as people like the conductor, or those serving us a coffee or checking our ticket. I can even imagine people working at the corporate level for train operators or other organisations linked to this sector. But we never think of those night workers who do the jobs nobody sees and yet super important to keep the trains safe and running. Big thanks to them all.

The result of this interesting night out is that I am boarding the train only in Vienna after the welcoming event that is taking place at the central station. So, for me, the ride is even shorter, a little bit less than an hour to reach Bratislava. Real quick border crossing there, as the locomotive was already changed in Vienna.

I didn’t expect it,  but the view on this short segment is really nice. An agricultural countryside, with lots of small farms and villages scattered around a bright green, yellow and brown land mirroring an intense blue sky. Another beautiful sunny day. Furthermore, wind turbines were all over, and also some solar farms.

Clean energy, clean transport, clean future, right? It seems they understood the issue around here, and they acted upon it. I love to see wind turbines in landscapes, they are elegant with that slow, power-producing movement. It’s as if mankind, with its technological power, and planet Earth, with its natural force, join forces for a common purpose.

Speaking of innovation, in Bratislava we aren’t welcomed at the station, but at the local train museum, which is within walking distance although the train actually stopped there. Another cool place, where you can glance at the past and see how far the industry has gone, how much discoveries and innovation, and hard work, and time, there is behind the train journeys we can enjoy today.

A fantastic way to close day 9. Tomorrow we’ll cross borders again, with a longer ride, to reach Zagreb. But now time for some sport and then to go see the Danube river in Bratislava.

Our mascot Chickee is also travelling on the Connecting Europe Express and having his own special journey. So, from now on I am posting daily one of its adventures.