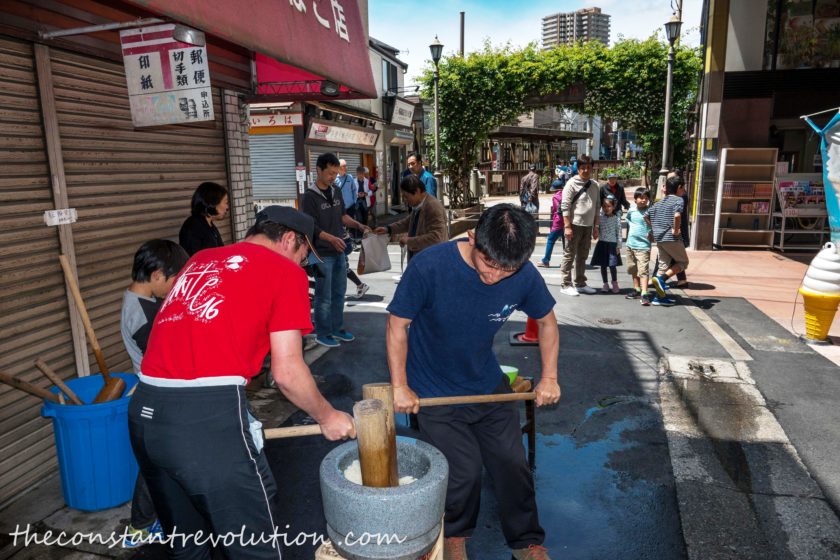 There’s a mad Tokyo yes, but there’s also a quiet one far from the masses of tourists, made of narrow streets, bars where locals go for a drink, night walks and runs, and sometimes a traditional happening to celebrate a special event.

Mad Tokyo Mad Tokyo everyone says and indeed the dynamic and surprising city that everyone expects does exist, it’s all as advertised: from the manga districts to the Karaoke, from the Golden Gai to Roppongi, from the packed subways to the crowded street crossings. But I have spent more than a few days in Japan’s capital and discovered many ways to enjoy a surprisingly, in a different way, quiet Tokyo.

It isn’t that hard to avoid the masses of tourists, it’s enough to find accommodation far from big stations, and the business and party districts which after all are not the majority. Most of the time you’ll find yourself walking through narrow streets surrounded by regular houses, feeling like in a medium-sized countryside town, even the metropolitan sounds are stifled inside the more residential neighbourhoods and far from the skyscrapers.

You will be able to walk into local restaurants, shops or bars for a drink overnight, all at more than decent prices compared to the more touristic areas, but there will be no lack of coffee shops and good vibe kind of hang out places. Tokyo people do love to go out for a drink, or two…
It’s possible to go visit temples overnight, when the shops are closed, people are out for dinner and the lights provide a new perspective on their colours and shapes. It’s possible to go for a walk or for a run along the Sumida river and come across just like-minded solitary runners while trains and traffic roll over bridges in the background like the film of an old movie.

When you take your time, you might just end up observing an interesting ceremony at a temple which has something to do with playing with a ball, or something different altogether. For example, Japanese people use to make Mochi, a kind of rice cake, for special occasions such as new years eve.

I happened to be in Tokyo in the quiet Arakawa district during the coronation of the new Emperor of Japan. So people made Mochi on the street the traditional way (featured image), and invited me to try making it with them, and invited me to eat it with them. Not the Italian way of inviting people, like a huge noisy meal at home with the whole family, the Japanese way, more shy, less invasive, but nevertheless not less warm. Just sharing the work and the taste of Mochi on the street.

I was invited there by the young couple owning the place where I was staying in the area, they were so kind as to translate for me and for those men on the street. I remember telling them that that would probably become my favourite moment of the whole visit to Japan. They happily but unconvincingly smiled at my words. Now that I am about to leave the country, I can tell for sure that I was right.
That’s 500 words, let’s go!