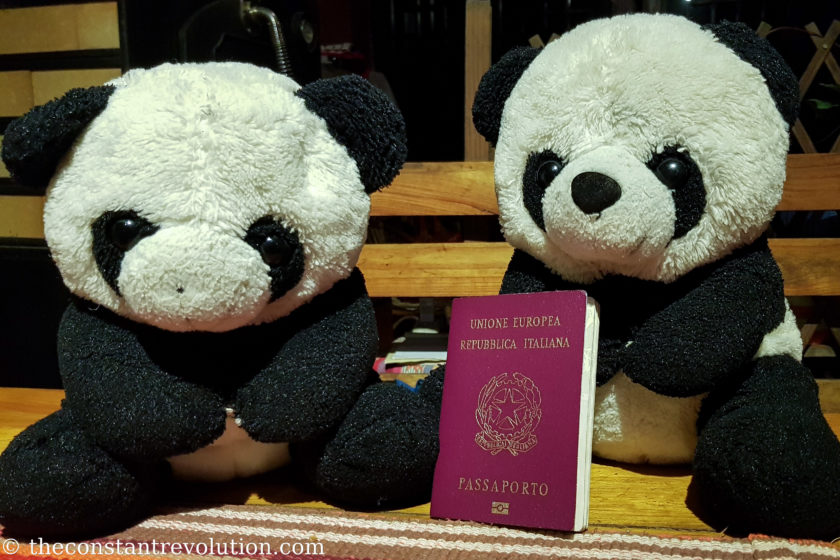 Extending the Chinese visa when already in China is a relatively easy and straightforward process, in this post I explain how to do it

The Chinese visa policy is as much as a mystery to me as, say, mathematics. Perhaps there is a logic behind, or a probability, but I just don’t grasp it. Some people, those from the US for example, get 10 years multi-entry visas thrown at them like apples at the market, while others, Italians for example (moi) get a 30 days visa after asking for a three months one.

Why, nobody knows. Some other Italian or European I met got two months, or three months, it really depends on factors like luck, superstition, the mood of the officer checking your application, and how suspicious you look in your passport photo.

Be it as it may, the good news is that it is possible to extend the visa for an extra 30 days from China.

I did it myself in Chengdu, Sichuan province, and it has been a relatively simple process, with a couple of risky, or annoying, factors which I’ll mention at the end.

So, here is how to do it point by point:

1) Wait until the very end of the expiration date of your visa, as the extension will be valid starting from the day of the request.

2) Go to the Chengdu Visa and PSB office, which is pretty much in the centre of the city, just behind Tianfu Square.

3) Bring with you the following documents:

4) With these documents, you can then take your number and ask for the extension

Now this is where it gets a little tricky, or annoying, up to you to decide. The process to obtain the visa last for 7 working days and during that period of time the officer will ask you not to leave Chengdu, nor change the address of the place where you are staying.

In the meantime, quite in contradiction what they ask of you, they will give you a substitute paper for your passport, which you can use to get train and bus tickets or to check in in hotels etc.

Seven days in Chengdu are a bit much, despite the many things to do. So, I went and slept a couple of nights close to Leshan and to Mount Emei, a sacred Buddhist mountain.

Bad idea, when I went back to the PSB office they told me that because I checked out from my hostel, I had to start the process all over…

At that point I just told them that I would not stay seven more days in Chengdu, and if that was the case then I wanted my passport back and I would fly out of the country the next day. When they heard this they decided to process it in one day. So, I paid my little trip outside Chengdu during my visa process with an extra useless day in Chengdu. I guess they weren’t joking when they said not to move from my hotel huh?

Another big mystery seems to be the necessary working days to extend the visa. I have heard rumours, perhaps legends, from other travellers, that in Leshan the whole process lasts only two or three days. Everything is possible, and this is the kind of things that sound perfectly Chinese. But I can’t confirm by direct experience.

In a way or in another, the extension is possible without so much of a fuzz 🙂