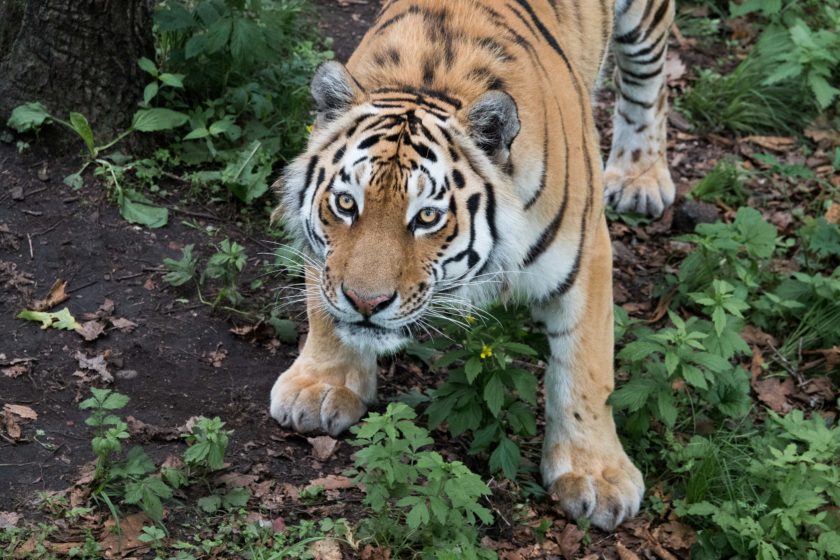 Where and how can you see the biggest cat in the world, the Amur Tiger, in Russia? It isn’t easy nor cheap, but I’ll share the information I have gathered for a non Russian speaker and solo traveller.

The Primorsky Krai region in Russia is a vast territory with many national parks, which are known for their remoteness, sheer wilderness, unique beauty, and for being home to many species of animals, including the rare, and endangered, Amur (or Siberian) tiger. Only about 500 individuals of these tigers are estimated to be still wandering the taiga of Primorsky Krai, and the world for that matter.

Vladivostok or Khabarovsk are more or less at the same distance from Terney, which I understood is the best place where to start tracking down tigers, although not the only one.

I managed to contact only two tour operators that would take people far into the natural world of the Amur tiger, and they are expensive. When I mentioned I was a solo traveller, one of them just told me it would be expensive. I asked how much, I received no answer. Very nice!

Without an organised tour, another possible option is to go to Terney on your own. You can fly or go via land, like with local buses. In Terney, you can try and find a local guide capable, and willing to take you around tracking down tigers. However, without speaking Russian this is extremely hard to do.

Whichever way you look at it, it’s a complicated operation. I would have had to use all my one month visa time in Russia and spend a lot of money in order to do it, and of course there is no guarantee of seeing tigers. So, albeit painfully, I gave up on the idea.

Perhaps it’s a good thing that it is so hard. Only a few people actually go on these expensive expeditions and the tigers will be left alone and better protected.

Yet, it is possible to see Amur tigers at a place called Safari Park, which is about 2 hours from Vladivostok by bus, close to a village called Shkotovo.

Don’t take a tour there, it’s expensive and the place is easy to reach. There are two males and a female tiger there, and some other animals. It’s supposed to be a rescue centre, where animals are rehabilitated then released into nature. Perhaps to a certain extent they really do so, but I am pretty sure that those tigers, main attraction of the place, will never go free.

They are clearly well treated and they have space, but nothing compared to the hundreds of Km a tiger territory should be. Their size is impressive, beautiful animals indeed. Yet, their souls were broken, and it was an unemotional encounter. They kept pacing back and forth the perimetre of their cage, craving the wilderness. Nothing was left in their eyes of that fierce light that makes these noble predators the undisputed Tsars of the Russian taiga.