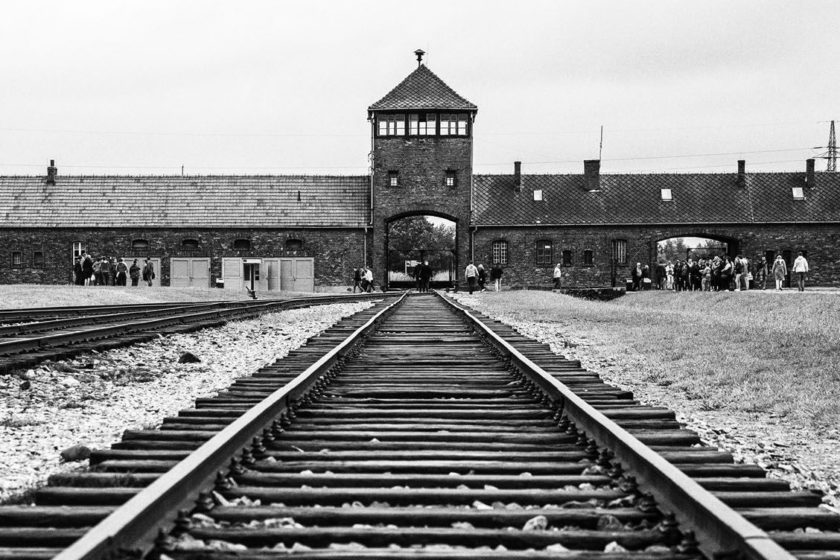 A review of Hanna Arendt’s insightful essay inspired by the most controversial trial to a Nazi after World War II. What is the Banality of Evil?

In her classic essay “Eichmann in Jerusalem, a report on the Banality of Evil”, Hannah Arendt retraced the story of the Holocaust and all its horrors through the trial of SS-Obersturmbannfuhrer Adolf Eichmann (see below), who was the man in charge of the “transfers” of Jews all over the continent. This trial took place in Jerusalem in 1960.

In the book, the incredibly bureaucratic Nazi apparatus comes to light: the way the many different organisations worked in competition with each other to be the most efficient in implementing Hitler’s final solution. But another important truth comes to light: the collaboration Nazis received from everywhere.

Indeed, one of the points the writer posits is certainly that without collaboration the Nazi machine would have never managed to be as efficient as they did.

In the essay, Arendt also reflects upon the legal and political meaning of such trial in the post-WWII world, and on the meaning of justice, not without comparisons with the other and better-known trial for war crimes which took place in Nuremberg starting in November 1945.

However, if we are to grasp the deepest meaning of this work, besides the historical facts and the certainly interesting political considerations, then we should ask ourselves what is the banality of evil in Hanna Arendt’s view?

Many critics interpreted the whole work as a clue that evil is hidden in each of us, it is a conflict between light and darkness which, given the wrong cultural and political context, allows for the latter to take over. By this logic, during the Nazism period, people became evil because of Nazism itself, almost against their own will.

Hanna Arendt herself had to correct this interpretation of her essay and clarified that the banality of evil does not come from that balance of good and evil within all of us, but rather from the emptiness lurking within some of us, from lack of ideas, and the inability to look at reality through an own filter imbued with humanity, and civilisation.

Indeed, such emptiness becomes particularly dangerous when there is an estrangement from reality, as though our function in society and society itself would be separated items. That is when a bureaucrat, a soldier, a citizen or a brother carry out not just orders, but what they consider to be their duty. When it makes no difference if their role is to implement a law designed for safer roads or one made to erase an entire race.

The banality of evil lies in its normality, it is all in that emptiness, in that cold estrangement, in that bureaucratic efficiency.

Adolph Eichmann represented more than anyone else that banality, for both his personality and the role he played in organising Jews “transfers” from all over Europe towards concentration camps. He was proud of his accomplishments until his last minute. Perhaps he did not consider it right, but he was proud of his skills as an organizer, and for this reason, he was one of the most dangerous men of the Nazi regime.

From the human point of view, as opposed to the juridical one, Arendt made no discounts. Anyone that has collaborated with the Nazis on the Final Solution, from the SS executioners to the Jews organisations that were helping out Eichmann himself with the logistic, was at fault. It is hard to disagree with her, especially when the meaning of what “transferring” meant was clear to everyone on the continent.

On the contrary, she praised those few examples of places that obstructed SS’s work. Most notably the entire population of Denmark, who did so, in her own words, for nothing less than a matter of “civilisation”. Isn’t that beautiful? Just civilisation, as opposed to banality.

In Denmark too the conflict between good and evil took place, like everywhere, in and out people’s bodies. But the banality that made them impervious to what is happening around them was absent, as well as antisemitism. Instead, civilisation. Even the SS troupes operational in Denmark started to change their behaviour, they were disoriented, confused, less willing to carry out orders, as if suddenly they had an idea: perhaps something was wrong in their doing. Most of the Jews living in Denmark were never transferred in concentration camps.

Otto Adolf Eichmann was a German-Austrian SS-Obersturmbannfuhrer of the Third Reich before and during World War II. He was tasked by the Head of the RSHA (Reich Security Main Office) to manage and organise the logistics for the “transfer” of Jews from all over Europe towards concentration camps, where they were exterminated.

Because of his role in the Holocaust, Eichmann has been considered one of the most dangerous men from the Nazis ranks. After WWII he managed to escape to Argentina, where he was captured by Mossad in May 1960, brought to Jerusalem and trialled with several charges, including war crimes and crimes against humanity, by an Israeli jury.

That’s where political philosopher Hannah Arendt was sent, as a reporter for the New Yorker. She followed the whole trial, which became one of the longest and most controversial after the war. In her book essay “The Banality of Evil” she analyses the trial and the life and personality of Eichmann.