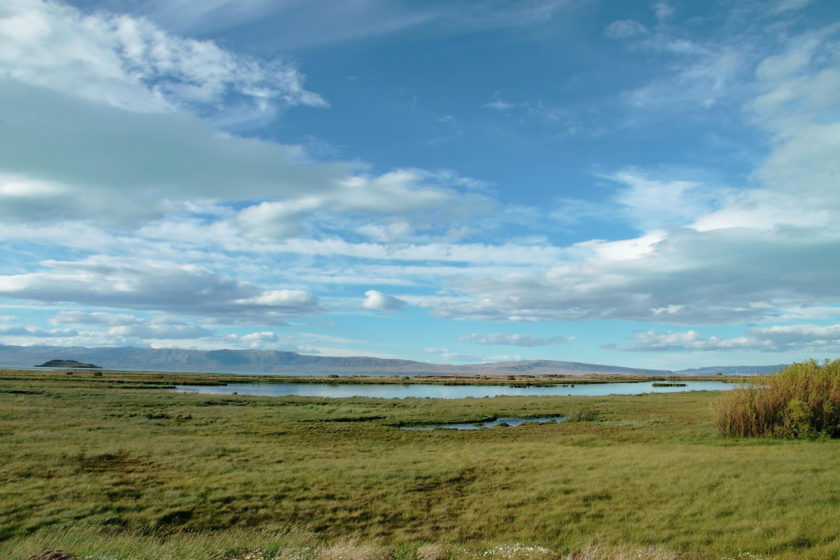 Patagonia is windy, rough, cold and empty. It is also a place of infinite horizons, and freedom, where the greatness of nature can be savoured in all its might. It is a place of great tales from explorers of other times, like those who tried to conquer the impossible summit of Cerro Torre.

I have only one regret when I think of Patagonia: that I spent too little time there. I want to go back. I will go back there! But, at the time, we were on a tight schedule, here’s a map with the whole itinerary in Argentina. 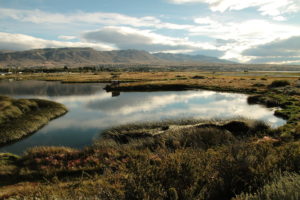 The place to start is El Calafate, a clean and vibrant little town, filled up with tourists gathering here with very different purposes and destinations. Some are here just for sightseeing, such as the iconic glacier Perito Moreno; others for treks, as El Calafate is the departure point to reach Chilean Patagonia, and the very well known Torres del Paine national park. Finally, some extreme sports passionate come here only to move towards El Chalten, few hundred Km up North, and from there tackle the icy rocks of Cerro Torre or Fitz Roy – two of the hardest climbs in the world.


Whatever the reason, I am sure everyone feels that little touch of sadness in their hearts when leaving this magical place. That’s what Patagonia does, it stays!

Here are my three tales from Patagonia: 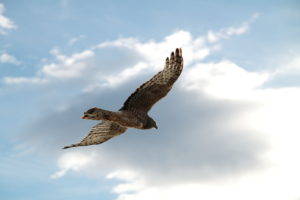 El Calafate lays on the southern shores of Lago Argentino, and just outside the town, at a distance reachable by foot, there’s a beautiful lagoon, also a natural reserve. I had the feeling that this little spot was mostly overlooked by tourists, and that’s too bad. A couple of hours hike around the muddy paths of the Laguna Nimez are certainly worth the time. It’s a first look into the vastness of Patagonia. The colours are striking, small falcons flying over our heads, the cold wind caressing our cheeks and preparing us for stronger blasts to come. The featured image of this post is the view of this lagoon.

We didn’t miss of course a visit to the very well known glacier Perito Moreno. From what I gathered by the explanations we were given, this glacier isn’t the biggest, or most impressive of all. It’s just the most accessible. Nevertheless, when confronted with its majestic presence, one cannot but bow. Facing this enormous mass of ice is an incredible experience. The glacier is alive, and definitely not the timid type. It moves several metres each year, singing, and the sounds it unleashes with every step resonates in the air, making you tremble at the thought of how small you are. 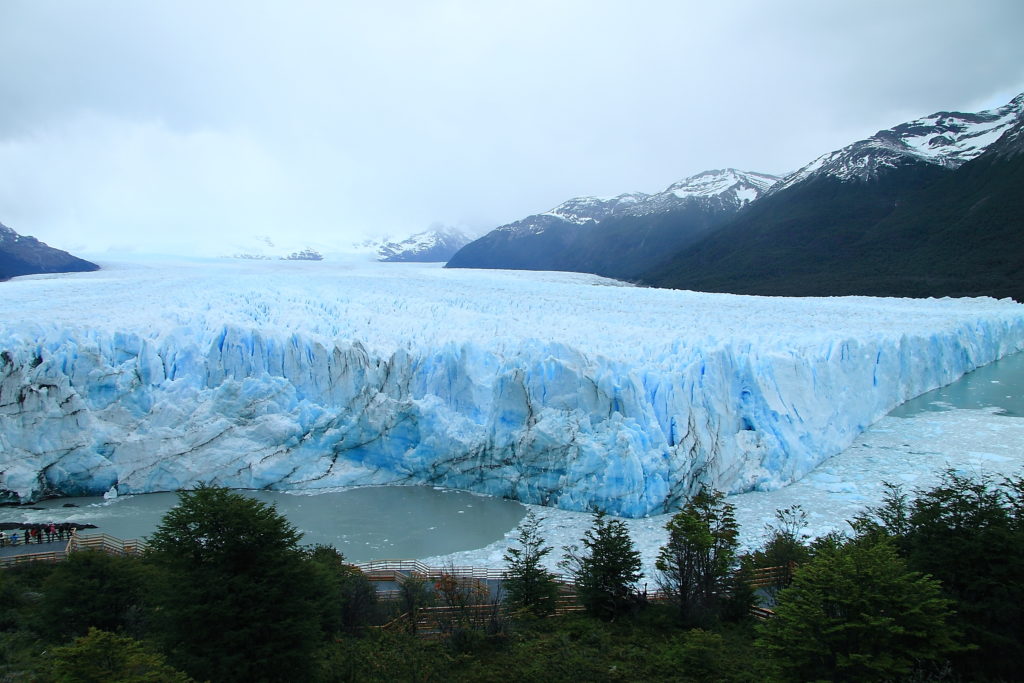 And to think it’s a glacier formed by the accumulation of snow: all the humidity of the vast (and unobstructed at that latitude) Pacific ocean gathers and forms clouds on the Chilean side of Patagonia, where it rains much more. Then those clouds try to overcome the southern tail of the Andes, and it’s there, on those peaks, that they free themselves from everything, thereby creating the glaciers that slide down both sides of Patagonia, leaving the Argentinian side a much dryer, and desolated place. 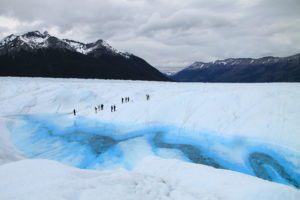 Unsatisfied by a simple look at it, we decided to go for a long walk on Perito Moreno. But to tell the truth, as beautiful as it was, that was just walking on the ice. To me, the most impressive was to listen to it when standing right in front of the tip of the long tongue.  The organisation of this tour is very easy, it can be done from El Calafate with any tour operator, hotel, or hostel. In high season, it’s advisable to book in advance. Cost: about €100.

I and my group of friends are mostly trekkers and light climbers. So, we went to El Chalten not to climb Cerro Torre, but just to approach it, have a good look at it, and dream about what it’d be like to actually challenge it. Unfortunately, this time around the weather decided against our plans: both Cerro Torre and Fitz Roy remained well covered under their sheet of clouds during our stay. We didn’t even manage to glance at them. Well, shit like that happens when dealing with nature! Another good reason to go back again 🙂

We took the hit with a relatively light spirit and were happy to go for few drinks around town, talk to the wine bar owners, or the climbers waiting for the weather to gift them with a window of opportunity. As it turns out, this was much more fun than expected. The whole town literally lives out of the legend of Cerro Torre. Locals, and not, have strong opinions about the story of Cesare Maestri, an Italian mountaineer that at the end of the 50s claimed the summit for the first time. And claimed is the right word here: the ascension ended up in tragedy, with Maestri’s companion Toni Egger falling during the descent, and taking with him the only camera with photos to show for their success…

The tale of Cerro Torre has many other episodes, and just so many controversies! People in El Chalten love talking about it, Maestri and Egger endeavour is still discussed today, after almost 70 years. Fantastic! This is what makes this little town in the middle of desolated Patagonia, hundreds of Km from any other place in every direction, an incredibly special place. It’s just fun to be there, notwithstanding the reasons. El Chalten is a place to visit!