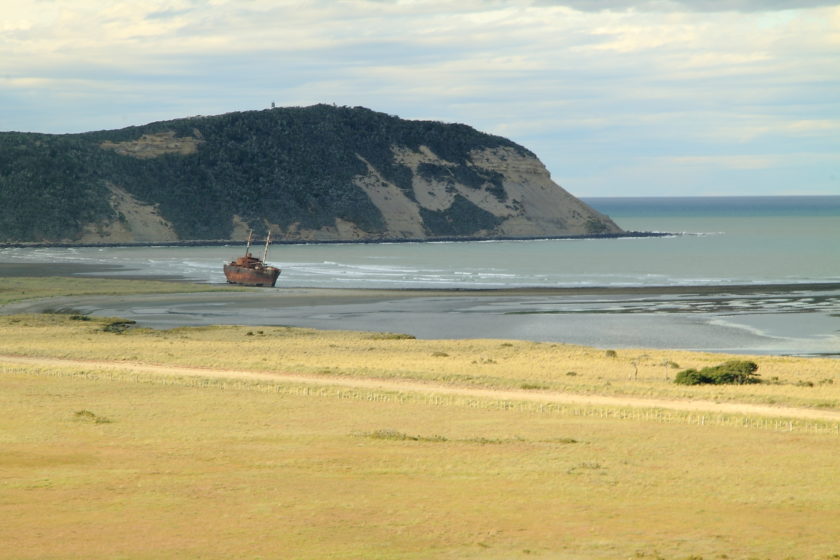 Well, let’s say that it depends. If you believe the stamp on the passport you can get at the tourist office in the city, then it’s true, you reached the end of the world! It’s put down in black and white, right? But if you are less inclined to believe everything that is on paper, or has been told to you, then you might consider a couple of extra information. 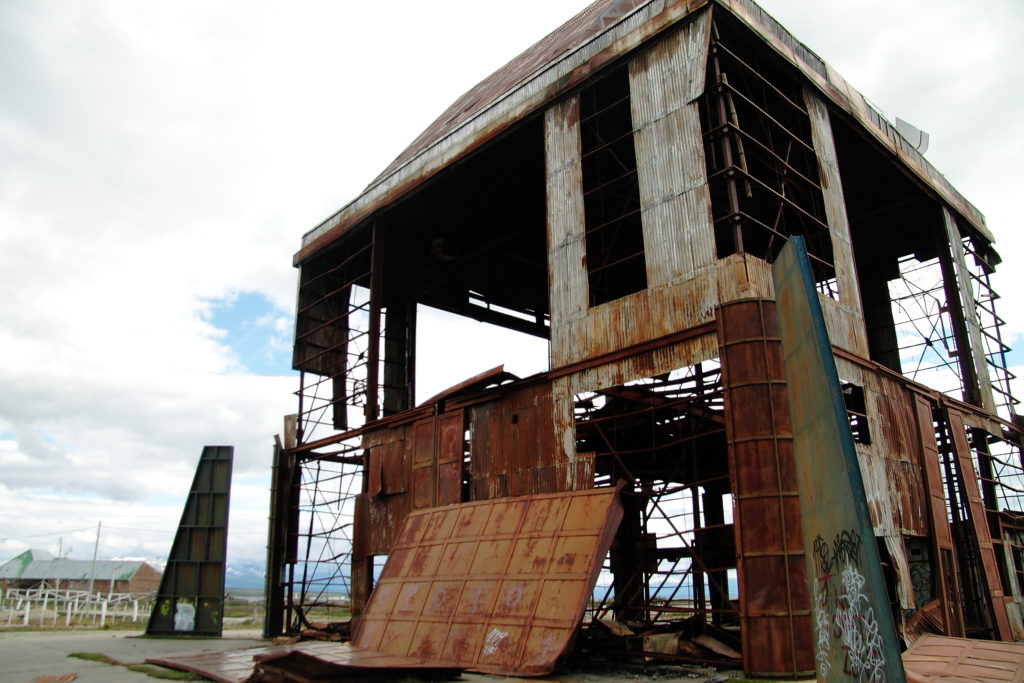 Ushuaia certainly isn’t the southernmost human settlement in the region, and it isn’t the southernmost city either. That would be Puerto Williams, in the Chilean territory, not too far East from Ushuaia and also on the Beagle Channel. The place is just a tiny bit further south, but what can you do, facts are facts, despite the habit of modern politics not to consider them so, and therefore Ushuaia is the second southernmost city in the world. It must be said however that Puerto Williams has about 3,000 inhabitants, while Ushuaia has more than 70,000. So, up to you to decide what’s a city and what’s not. And as I’m at it, Punta Arenas, 130,000 inhabitants, is just one-degree latitude norther than Ushuaia, in the same geographical area. 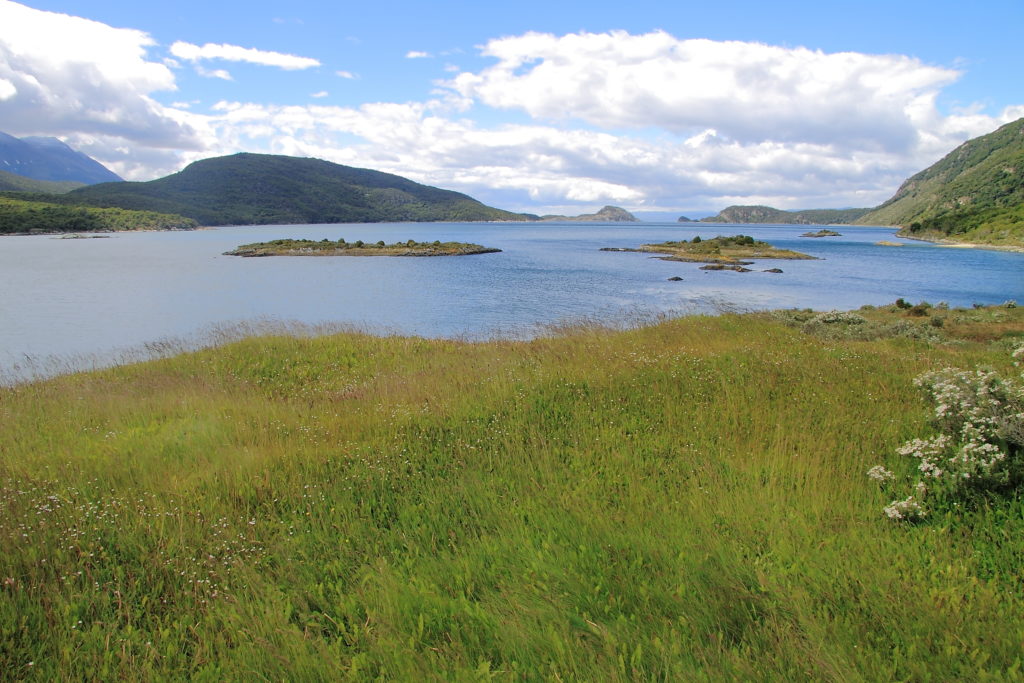 And this brings me to a much more interesting fact: Ushuaia rests on the 54th parallel south! So what? So, it’s indeed real south, but not that much south! It’s just as south as it goes when it comes to habitable land in the southern hemisphere. But if compared to its northern twin (54th parallel north), that would more or less cut England in the middle. Incredible, huh? In the north, human settlements and cities are found at much higher latitudes, and in so many places: Norway, Russia, Greenland, Iceland, Sweden, Finland, Alaska and Canada. The highest? Is Svalbard (Norway), located on the 74th parallel north, actually above the arctic circle. Freaky, huh?

But I am digressing, back to the main point: is then Tierra del Fuego the end of the world? 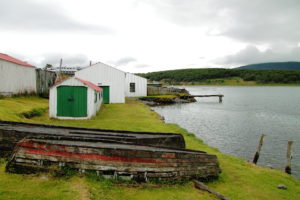 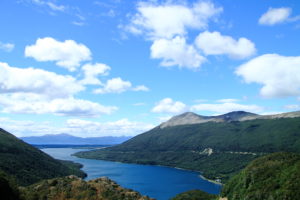 Well, it depends, again. In a way, the end of the world is really more towards the north rather than south. There are human settlements at a much higher latitude in the northern hemisphere.  In the south however, land can be found much further south, and nowadays it’s quite possible to go visit Antarctica without so many troubles. From Ushuaia, cruise boats depart regularly. There would be no settlements but for those of penguins, but I imagine it would look much more “final” as a place. I would really love to go one day indeed. This doesn’t make Ushuaia the end of the world as such, but it does make it the door that leads to it.

But then again, no place really is the end of the world, for the simple reason that there is no end to the world. I guess in our imagination south equals down, or below, and that sounds to our brain much more end-ish than up, or above. In reality, it’s all a perception, what really counts is how Tierra del Fuego makes you feel. Does it give the feeling of being at the end of the world? It made me feel pretty far towards the end, especially outside Ushuaia. The unique scenery and tough weather help to strengthen that feeling, and, to tell the truth, I am kind of putting too many dots on the I’s here. 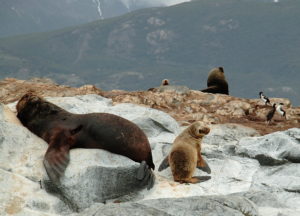 In my experience, a 3 or 4 days visit is enough to have a good taste of the place. Ushuaia has a very nice vibe for a couple of fun nights out and offers good fish restaurants, many with the southern king crab (centolla) on the menu, the speciality of the region. This is a very big, and very expensive crab found in the southern seas. Also, the Maritime & Ushuaia’s Old Prisons Museums is interesting, certainly for the prison stories, but mostly for the stories about the early Antarctic explorations.

For nature lovers, there’s always the possibility to stroll around Tierra del Fuego National Park or to organise guided treks on the glacier overlooking the Beagle channel. This is all very nice, and relatively easy, nothing compared to the more serious treks in Argentinian Patagonia or Torres del Paine for example. Also, I would strongly advise to rent a car at least for one day and just drive around, go visit the most remote areas of this land. At one point I found myself on a gravel road leading to an isolated beach, south of Cape San Pablo, where the shipwreck “Desdemona” rests. I had no idea what I would find, and no one else was around –  a very nice memory!  (See featured image of this post) 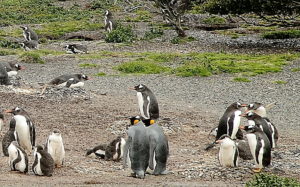 Finally, the classic experience in Tierra del Fuego is a boat tour on the Beagle Channel, one of the three navigable connections between the Pacific and the Atlantic oceans in the south, perhaps including a visit to the so-called lighthouse at the end of the world, and to the Sea Lion Island. We paired this with a visit to Penguin Island, a colony of some 30,000 Magellanic penguins, where however we saw also some macaroni penguins, and, incredibly, two lonely king penguins, who normally live much further south. I guess we were lucky they were around. This was for me a big highlight of the whole Tierra del Fuego trip, perhaps because it was the first time seeing penguins. The whole route to get to penguin island is also nice, as you reach some more isolated areas in order to get there and look at a more remote Tierra del Fuego. Strongly recommended! 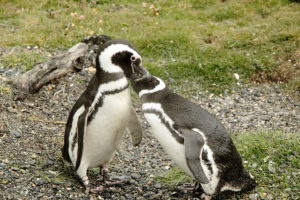 Last curiosity, see that this post seems to go that way: why is it called Tierra del Fuego? Quick answer: it probably started with the first European expedition already, led by Ferdinand Magellan in 1520, and perhaps it was Magellan himself to name this land that way. Indigenous inhabitants used to build many bonfires close to the shore, these lights could be spotted from the boats approaching the island, and so it came to be named Land of Fire.