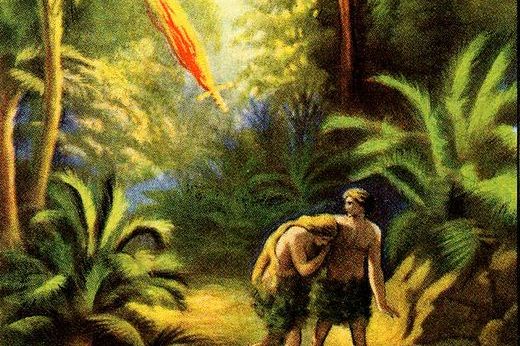 In this post, I pay a tribute to Nobel prize literature laureate José Saramago and three of his books: Caim, The Gospel According to Jesus Christ, and Blindness

Portuguese Nobel laureate for literature José Saramago has become one of my favourite writers. I haven’t read everything he wrote just yet, normally I try and give a chance to other writers before I dive into the totality of one person work. But this might just be one of those rare occasions I want to read every word someone has written. So far only Camus and Pirandello had the honour, and a close call for Dostoevsky.

There just is everything I look for in Saramago’s books. They overflow with sarcasm, they are clever, powerful, poetic, they are philosophical, the style is fresh and the lack of punctuation, against my own expectations, pulls me into the gravitational force of the story and obliges me to understand the emotions on my own terms, especially in the presence of dialogues. I love it.

However, the main and most important feature of Saramago’s books is that they are absolutely soaked in humanity. But here I have to pause for a second. What do I mean by humanity? I certainly don’t refer to the sentiments of people, to that idea of goodness spilling over from our hearts. That is just a misappropriation of the word as far as I am concerned.

To me, humanity is who we are, with all the darkness and light, drama and irony, hatred and love we can possibly master.

There’s a lot of all of this in Saramago’s work. He has the great gift of making it sound simple, fun, even shallow at times. But he is always relevant, he went and looked into the abyss of humanity, if not all of humanity, at least the part that has come to be defined as Western Civilisation.

And what has made our civilisation? Well, to begin with the monotheistic religion that has led to Christianity. So, Saramago explored the cultural origins of it, of us, the main text of reference, the myths and legends of ancient times, magic times, when god, more often than not, personally interfered with human affairs. He went through the stories told in the Old Testament of the Bible.

He did so through the eyes of Caim, son of Adam and Eve and assassin of his own brother Abel, in the book that carries the same name. Of all the books I will mention here, this is definitely the richest in wit and sarcasm.

It is somewhat provocative, enveloped in sexual intercourse at all time – at least since the famed forbidden fruit has been tasted at the Garden of Eden. That is what makes the story so human, it’s as though with sex the author keeps underlining the distance between divine and earthly, the perpetuation of the original sin, which apparently god was so fixated about.

The tone is playful, irreverent, and only seemingly shallow. It’s indeed quite fun to read, unless, perhaps, if you are a fervent and somewhat touchy religiously inclined person. Then you might disagree with a thing or two.

Caim ends up cursed by god for the fratricide he committed, he is banned from his land and becomes a wanderer. With an elegant post-modern style, Saramago changes the time and the surroundings of Caim, who cannot control neither where nor when he is.

So, through his wanderings, he becomes the eye witness of all the tragic events that god cast upon mankind. From the ultimate sacrifice demanded to Abraham to the fire descending upon Sodom and Gomorrah, from the destruction of those who created the sinful Golden Calf to the last travels of all species in Noah’s Ark.

Caim sees it all, and he observes with the eyes of a human being, one equipped with a razor-like tongue that is. At the beginning he is perhaps a little naive, but over time he realizes that there is a great discrepancy between god and men regarding the idea of justice, of what is good or evil, morally desirable or completely insane.

The misunderstanding between god and mankind has been there since the inception. All Saramago does is to give it a voice, someone who, already cursed and punished, has nothing to lose, nothing to fear and nothing to revere, Caim.

But humanity isn’t just the result of the Old Testament stories. In the Gospel According to Jesus Christ Saramago retraces the most famous story in the world, that of the Christian Messiah (and his – big – family including a wife) in between somewhat light humour and psychological profiling, resulting in very human rendering of his life.

It’s fearless work, a different vision on the dawn of Christianity that sparked huge debates among institutions with accusations of anti-religious sentiments and threats of censorship, unsurprisingly.

The style is similar, but the tone in this book changes quite visibly. It does not come across so light-hearted and the sarcasm almost disappears. We have moved from a realm of magic, where god spoke to men, to a place rooted in reality, where an inspired men spoke to his fellow citizens.

And what a man the Jesus Christ of Saramago is: compassionate, just, and wise. But also passionate, carnal, and fearful. Alive like a man, a husband, a father and a lover could be. There’s nothing anti-christian in this book. On the contrary, I’d have loved it if the whole religion, and the culture that derived from it, my culture, would have been built around the Christ we get to know in this story. Today, we’d live in a better world.

However, that’s not how history went down. This might seem a little far-fetched, but I can see connections between the two books just described, and Saramago’s masterpiece Blindness.

We are in the modern era now. In an unknown city where a strange epidemic disease starts to spread, a disease that makes everyone blind. In this book, Saramago explores the abyss of mankind.

The punctuation is almost completely gone, which makes it even scarier, and there is no trace of humour. On the contrary, the tone is dramatic and the style realistic. It’s a tough novel to read and digest, but how incredibly filled with humanity.

After exploring where humanity comes from, Saramago played god for a moment, he took away the light in the world and left only darkness to investigate what humanity have become. He stripped everyone naked of lies, hypocrisies and beliefs for their rendez-vous with the horror.

But this is not a horror commanded by god nor a fiction that has changed the destiny of the world for thousands of years. This is the horror mankind brought upon themselves, a mirror made of shapeless shadows that leaves no escape. This is truth, and perhaps only by tasting that darkness humanity can reshape itself, light can return, and a new dawn can shine upon liberated eyes.

I might play with my imagination. I know very little of Saramago’s philosophy and ideas, I haven’t read any biography or similar things. I will and I might change my mind. But just by reading these three books, in this order, I perceived a path laid down by the god of men, or those on his behalf. A path made of sins, violence, revenge and slavery, a path that humanity couldn’t comprehend and that was inevitably meant to end up in blindness.