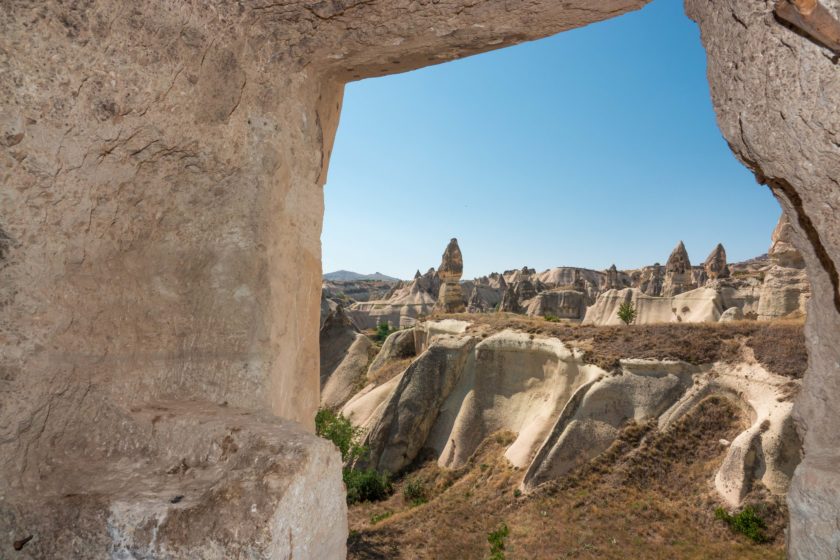 Mass tourism, a never-ending army of tour operators and everyone’s general inclination to try and squeeze more money out of you. That’s what I have experienced in Turkey. However, the country does have some places worth seeing…

I must say I didn’t expect at all Turkey to be the scene of such voracious mass tourism, and the whole tourism industry to be so predatory there.

When I got to Cappadocia after a 24 hours uncomfortable bus ride from the black sea, I knew there would be many people, but I wasn’t prepared to witness most of them taking ridiculous poses and pictures in front of a hot-air balloon, or pay ridiculous amounts of money for a ride on it.

I wasn’t prepared for every single hotel, shop, random person on the street to try and sell you some kind of tours. Green tour, red tour, trekking, quad, paragliding, horses, you name it. I wasn’t prepared to see so many people willing to pay, pay, and pay some more.

Yup, because if you make the unforgivable mistake of buying one of those tours, chances are that you’ll be asked to pay for a bunch of extras you didn’t ask for.

Cappadocia’s canyons and rock formations, and the underground cities, with their accompanying history, are all sights absolutely worth visiting. Pity most people focus on the balloon nonsense, which is, frankly speaking, as unemotional as watching animals in a zoo, unless you are a kid.

The well-preserved ruins of Hierapolis, an ancient Roman city conveniently built around some natural hot springs in Pammukale, are nice too.

Pity, again, that 90% of the thousands of tourist entering the site daily don’t go further than those blue puddles of water, trying for hours to take an Insta-photo worthy of its name. The creatively stupid posing to try an impress internet audiences is here taken to new heights.

An unmissable sight is the ancient Greek city of Ephesus, close to modern Selçuk. The ruins have been reassembled amazingly, so much is preserved, mostly from its Roman period, although the site has bee inhabited for at least seven millennia, since the Hittites.

Finally, I spent some time in a couple of towns along the Muğla region coastline. Regular, somewhat enjoyable, busy summer holiday towns, with a layback atmosphere and relatively cheap prices. There aren’t many relaxing sandy beaches in this region, so the best way to enjoy the sea is by sailing. Especially from Fethiye many boat trips depart for one or several days to enjoy this corner of the Mediterranean sea. Don’t expect to be on your own.

After all, when it comes to sea holidays these places are just a cute gateway to the more beautiful Greek islands. I’ll be honest, if not to visit Istanbul, which remains a city I am curious about, I won’t come back to Turkey any time soon, not my travelling style.