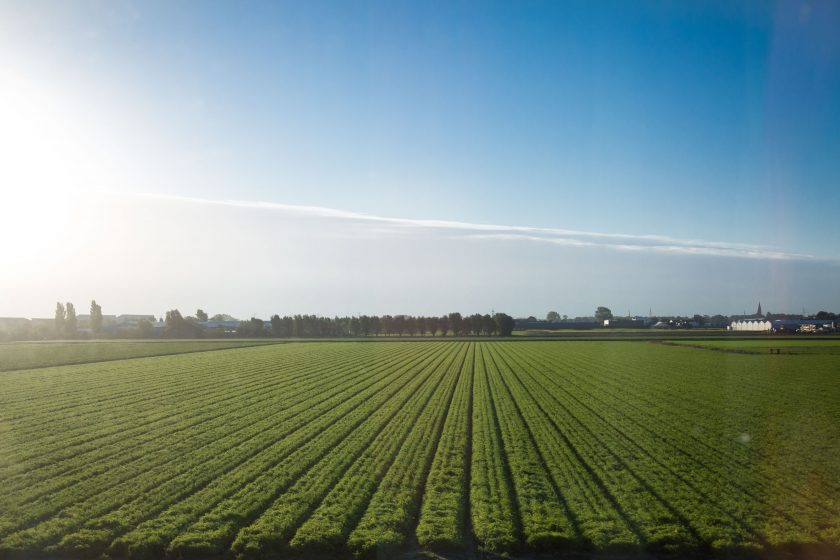 Where I speak about Amsterdam, tagging, and the last mile, and the Connecting Europe Express arrives at the heart of the EU, Brussels.

What could I possibly say about Amsterdam that everyone doesn’t know already? This city has everything you can ask for, it is simply one of the most fun cities ever.

I guess the thing I like the most is that it isn’t too big for a capital. It is easy to reach by train pretty much from anywhere in and around the Netherlands, and the station is right in the centre. So, you can just hop off and walk around the famous canals in between a coffee, some Indonesian food, and the flowers market.

I never get tired to walk around Amsterdam. But if you really want to go local, then rent a bike, which you can do straight to the station. That’s what everyone does here, and there is no city in the world better built for bikers.

Some might be held back by the weather, and you’d be right to be prepared for some rain and cold wind. But be also prepared to be surprised, like I was yesterday when after a whole afternoon of rain, all of a sudden the sky opened up to a spectacular pink and orange sunset reflecting on the canals. Wow! Too bad I was out without my camera this time.

So, great time in Amsterdam and ready to depart again at 8 AM. Today we cross the Netherlands with a beautiful light, which makes such a huge difference when you look out of the train window, and to the mood of the many passengers on board. I believe in the last three or four days of the journey we will be mostly fully booked.

Right after our departure, I get to talk with Jeroen. He is the guy who stickered the Connecting Europe Express and made it look how it looks. Stickering big objects like a train is actually quite a complicated and delicate job that not so many people can do properly.

Jeroen tells me he is surprised that we managed to go as far without anyone tagging the train. Then we start talking about this and I discover a whole universe, there are even conferences about tagging, and how to prevent tagging trains.

It is something I never really understood, why people have the urge to go out and paint trains or some other objects. I mean, I understand street art (after permissions have been asked), but just tagging… It is an estranged world to me. I learned today that these individuals are organised in crews, and there is a hierarchy based on how many tags and how risky it was to do it. They often travel together and go on train trips just to do this.

But they can be caught, charged with several felonies, and often sentenced to refund the damage they caused, which probably they’ll have to do for the rest of their lives. Kind of a complicated job of course, since these crews are international. There are even a few experts that can legally recognize the specific tagging of a person in Court.

What do you know!? There’s never an end to what we can learn.

In a very short time we reach the Hague, then Rotterdam and Roosendaal for the official exchange of pennants. We are entering Belgium, where most of the European Commission crew live and work. The journey isn’t over yet, but most of us, including me, will sleep in our beds tonight. Wow, it seems such a long time ago now we were all excited like children on their first school day in Lisbon.

However, before that there is a lunch break, with an annexed conference, in Antwerp. This Belgian city, along with Rotterdam where we were this morning, and Hamburg where we were yesterday morning, are the three biggest ports in Europe.

So, naturally, the subject of the day is rail freight, more specifically how to shift freight out of ports by rail and not by road. This would be extremely helpful to decrease transport emissions and therefore meet the EU Green Deal policy targets.

It isn’t as easy as it seems though, investments in infrastructures are needed to close the so-called last mile and create the connections between ports and stations for the routing of freight. Also, investments in digitalisation and innovation are needed to increase efficiency and decrease costs.

For example, it would be very useful to know the destination of freight items before they get to the port and have a data-sharing system that allows all involved parties to organise efficiently the re-distribution, including especially the choice of the best mode of transport.

This is just another aspect of the wide world of railways where there is still a lot of work to do.

We finally arrive in Brussels, at the heart of the EU. As expected there’s a big welcome with lots of media. The Commissioner for Transport is present, along with the Director-General and many representatives of Belgian politics.

A big reception takes place close to the train world museum, which is at Schaarbeek Station.

Brussels is where the whole project was conceived, and this is where, in the end, most of the people concerned will return. It is therefore perfectly normal sea so much enthusiasm for the arrival of the Connecting Europe Express, and families and friends greeting the (temporary) return of the crew.

But the journey isn’t over yet. Tomorrow we’ll leave soon and go to Luxembourg.