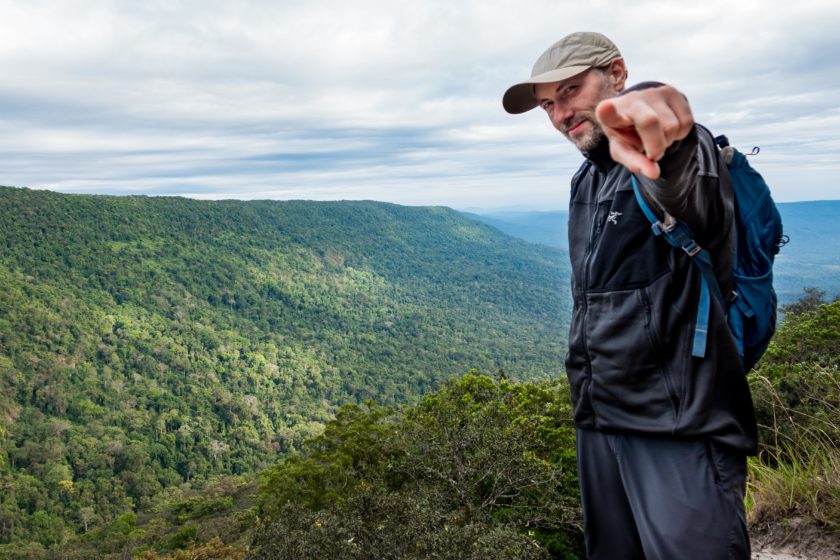 Solitude can be scary. So, many people choose not to go travelling on their own. Yet, solo travelling should be tried at least once in life, and I guarantee you’ll meet many awesome individuals. Here’s a post dedicated to them, along with a big hug, and some reflections on what it means to meet people as a solo traveller.

It’s one of the main worries of solo travellers, particularly inexperienced ones: am I going to be on my own all the time? Am I going to feel lonely? Solitude can be scary. So, many people prefer to be on the safe side and organise travelling with friends, family, or their partners. And there’s nothing wrong with that, it’s great to have your loved ones around when on the road.

Yet, the solo traveller experience is something that should be tried at least once in life for both the solo side of it, with its many implications for personal growth, and for the many wonderful people you’ll end up meeting. Let me assure you: you will not be alone as a solo traveller, unless you really want to. During these nine months I have had dinner on my own perhaps five or six times, in fact I have often struggled to be on my own, I had to go to very isolated places, or trek unfrequented trails on high mountains.

True, solo travelling should provide the possibility to explore our inner self as we move around the world on a solitary journey and discover faraway places somehow “lost in translation”. That is the romantic version of it. But reality is another thing, as usual, never too black or too white, but a great messy whirlwind of grey shadows. So, while you often have to deal with your logistics on your own, and it might happen that you don’t connect with anyone else for few days, as a solo traveller you meet a lot of like-minded people. The world is much smaller that what you might imagine, it’s quite an amazing thing.

You will inevitably team up with other travellers for tours, city-walks, cultural visits, home-stays, treks or any other activity. You will end up going for a drink or a dinner together, if the connection is strong even travelling a few days or more together. You will exchange information about countries to visit and things to do, good accommodations, tips and tricks while on the road. There’s a million reasons to connect with others, not least the need for human connection that is inherent to all of us.

There’s something familiar in people that are in the same condition as you. It is the same for expats living in a city far away from their home country, or people from the same social extraction, the same type of job, the same kind of lifestyle. The simple fact that there is something in common, by choice or because life has brought it upon you, is a connection that cannot be negated. It makes it easier to communicate, to create a feeling of trust.

Sometimes it goes as far as to take it for granted. I have been in situations where other solo travellers just sat beside me and started talking, as naturally as drinking a coffee. They assumed I wanted company without wondering whether I actually wanted to be on my own. No matter, it’s understandable and you never know who you end up talking to, how interesting the conversation is going to be, or how much of a connection you can create with a person.

It is important to push ourselves beyond our barriers, prejudices, and even moods. Sometimes people do not want to be on their own, and they look for some company: not love, or understanding, or friendship, or a deep conversation about life, just a little bit of company, few words about the things you liked about a place, and where you are going next. So they just talk to you, they create a human contact.

I have often read experienced travellers complaining on their blogs about the typical “travellers conversations”, meaning the classic questions everyone asked when you meet, such as where are you from, where are you going, how long have you been travelling etc. But I find them neither bad nor boring. It’s just an easy way to start, sometimes it will stop there, some other times the conversation will become something more interesting, or even more important. There’s nothing boring in asking a few simple questions to create a contact or start a conversation.

Sometimes you will end up learning a lot about the world and yourself thanks to an unexpected conversation that started in the simplest of ways, some people can be like a mirror. In some occasions the simple fact that I was keeping other travellers company, even though I wasn’t “in the mood for it”, made me feel good. The other way around could happen to me anytime, the same type of need.

I literally talked to hundreds of people since I am on the road, and often it’s just a nice short moment, an Instagram connection, a brief, friendly and shallow conversation. But in other occasions, much more than I have actually expected before leaving for this journey, I have felt an incredibly good connection with people from the four corners of the world. In those occasions, the exchange has been fun, crazy, constructive, enlightening.

These people I consider my friends. We have met in hostels, in Airbnb’s, during a volunteering experience, during a spiritual experience, on a bus, on a trek, on a yoga mat, on an island, in so many different forms and places, most of the time unexpectedly. The how really doesn’t matter.

I believe people can recognize each other with one look, or a few words exchanged, to a very deep extent. I believe they instinctively know whether the connection with the other is true, and powerful, and trustworthy. Sometimes, very little time is needed to figure it out “just like dogs sniffing each other butts” as I elegantly put it to one of my travel buddies. He equally elegantly, and understandably, refused to play in the allegory, but the point remains.

In a way or the other, these encounters have made my journey more colourful, warmer, and amusing. I do love the solo side of travelling, I love my books and my reflections, and the silence of nature and the inner silences. I love to challenge myself on solo adventures too, from time to time. And yet, I cannot deny that living new experiences with some of the people I met, added a lot of flavour to this journey. I am grateful, even though I say this kind of things out loud rarely.

Nine months in, a long way to go. My journey seems long, but in many ways it feels as just started. The time for me to start thinking more seriously about what to do next is approaching, I can feel it, but not yet, not right now, I will let myself be carried by the whim of the moment for a little longer.