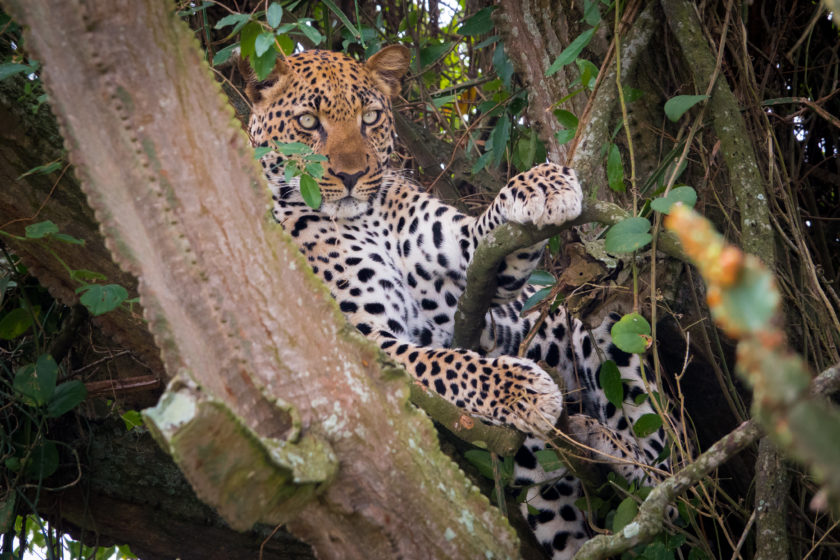 Which one is the best to visit for game drives among the two oldest Ugandan national parks? Check out this post to have an overview

I was lucky enough to go for game drives at the two oldest National Parks in Uganda, Murchinson Falls, from here on MF, and Queen Elisabeth, from here on QE. So, I decided to play a little game and assign a point to any criteria I can come up with and compare the two parks. Fun, huh?

I’d love to say I am doing this in an empirical way, but that would be total crap. It is obviously all based on my own perceptions and luck of the day. So, here we go.

Landscape beauty: both national parks are beautiful, but there is no doubt to me that MF savanna wins this one. Also because the weather was much nicer when I was there, and I had the chance to see a couple of very charming sunsets and sunrises. MF 1 – QE 0

River cruise: difficult. In terms of sheer number of elephants and above all hippos QE Kazinga Channel wins, however in terms of number of species that can be spotted, especially birds and in terms of beauty, the MF River Nile is better, and then, well, there are the falls themselves to be seen and the charming little walk to get close to them. I say MF 2 – QE 0

Hippos: no competition here, just many many more in the Kazinga Channel and somewhat easier to observe. In some places, there were elephants, hippos and buffaloes all together. MF 2 – QE 1

Elephants: Also easy. I know there are supposed to be many at MF too, but in reality I have seen only a few there, while at QE I have seen many, including big families. MF 2 – QE 2

Felines: There is more or less the same number of lions in the two parks, and I haven’t seen any, unfortunately. As for leopards, well, I have seen two leopards in MF, but it was either too quick or too far. I have seen one leopard in QE from very close, an incredibly big and beautiful male (featured image). So, out of the emotion I got from this sighting, QE wins. MF 2- QE 3

Wildlife diversity: none of the two parks has everything. In fact far from it, these parks have no zebras and no rhinos for example. However, in terms of the sheer number of animals you see around and diversity of species MF is slightly better than QE. Also, no giraffes in QE while many in MF, and I mean, giraffes are cool, so MF 3- QE 3

Accessibility: this is an easy one. QE is easier to reach and access. MF 3 – QE 4

Price: same same really. I would count about 100 USD for two drives (morning and afternoon) to share among passengers, plus 40 USD per person for the park fees. Then it always depends on where you want to sleep. Both parks, as usual, have expensive accommodations inside, but sleeping just outside is more than fine to enjoy the game drives. Outside accommodations are more charming at MF though. Still, this is a draw. MF 4 – QE 5

I believe that’s all. I would say MF wins the battle of beauty and charm, but QE wins the battle of luck, and that’s important during game drives. That superb leopard sighting and the number of elephants I saw make Queen Elisabeth National Park the winner of today’s comparative game, even though for just one point.