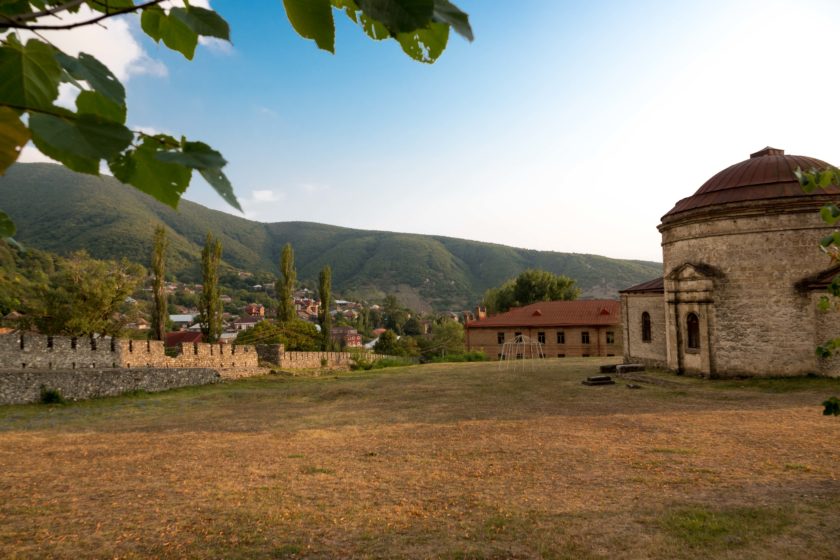 Azerbaijan marks a dramatic change, and an imaginary line, with the landscapes and lifestyle of Central Asia’s ‘Stans’.

As soon as I stepped out of the ferry that took me from Kazakhstan to Azerbaijan, the music changed. I found myself living the good life for a couple of days in Baku, a modern city in every sense: its look, infrastructures and wide options of food, shops and entertainment.

The capital of Azerbaijan is very pleasant to walk around, with its old city walls and the greenery along the shore of the Caspian Sea. There is no trace of big malls, at least in the centre, and instead an infinite series of coffee shops, restaurants, some international fast-food chains of course, and souvenir shops cover every town centre’s square.

It’s an easy kind of tourism, the type I am not used to anymore, the type I probably don’t like so much. Yet, it was kind of nice to be able to sit on a terrace with comfortable chairs, modern-looking furniture, enjoyable music, and a proper cup of coffee fuming under my nose. And the wine, oh god, the wine! The wine in Azerbaijan is great, yet just a prelude to the amazing wine tasting in Georgia.

The Eastern part of the country is still yellow, brow and barren, much like Kazakhstan. But moving West it soon becomes green and obviously fertile, covered in vineyards and fruit trees, marking a dramatic change, and in my mind an imaginary line, with the landscapes of Central Asia.

So, the other side of the Caspian Sea is more developed and modern compared to all the ‘Stans’ of Central Asia. The lifestyle here is much more ‘European’ than what I had expected.

Still, prices are cheap compared to Western currencies, and, weirdly enough, it seems that despite the new and clean roads, and the general good infrastructures of the country, at least half of the cars are still old soviet style Ladas or similar, especially taxis, and outside Baku it’s absolutely normal to come across shepherds with their herd of sheep and cows (and geese!) and rural means of transport.

Azerbaijan is an interesting mixture of a modern and rural lifestyle, by what I could see in the little time I spent there.

Indeed, the only other place I stopped after Baku is Sheki, the ancient capital, a good half a day visit to its old city and, again, a glass of wine. From there, it’s an easy taxi or bus ride to enter Georgia.

I am sure Azerbaijan has a lot more to offer, there are many national parks, trekking is possible in many corners of the country, there are the famous mud volcanoes around Baku… but I am getting closer to Europe, to home, I can almost smell it, I can feel its gravitational pull becoming stronger, and I am accelerating.

Let’s see if the beautiful mountains and tasty wines of Georgia will manage to make me slow down. 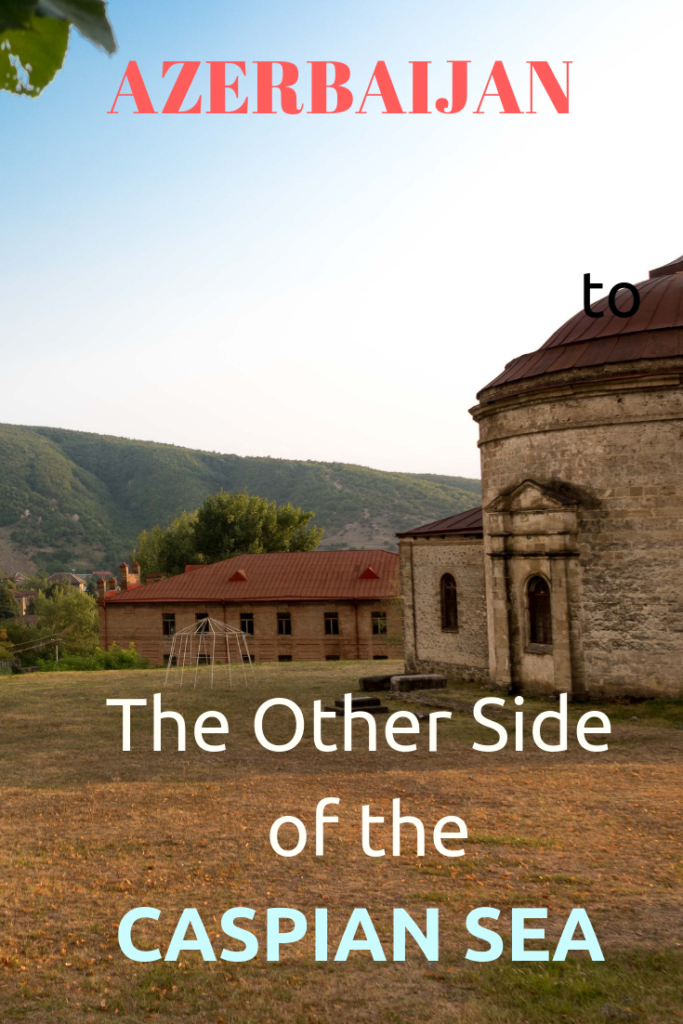