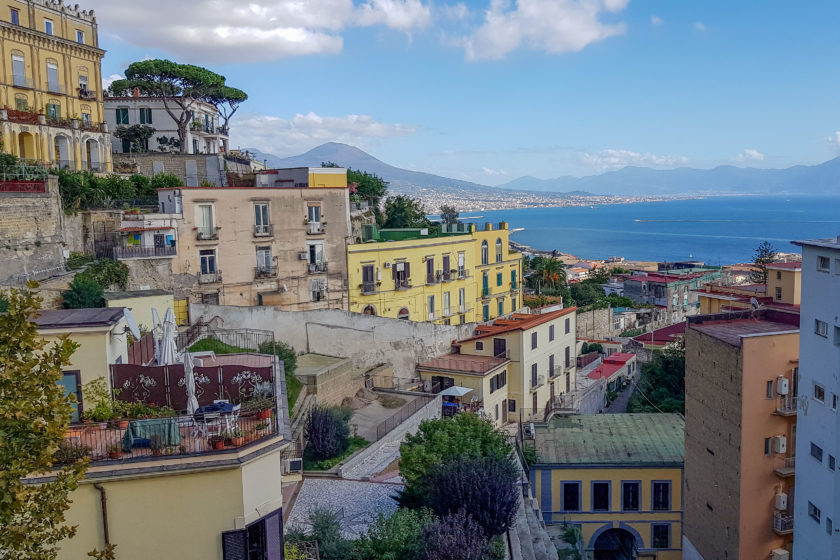 As hard as it is to understand, and explain, Naples’ vibe makes it one of those special places which should be in every traveler’s bucket list.

One of the Italian cities I have always wanted to visit is Napoli, and finally the occasion presented itself. Yes, because whichever way you look at it, Napoli is a special place, even for Italians.

It’s just that peculiar Napolitan way of life, of thinking and of relating with the world which is specific to this city and its people, and which, I believe, isn’t really fully understandable if you aren’t born there, let alone explainable.

The only thing to do is to stay for a while and try to decipher the vibe, observe the mysterious ways that link together Naples people like stars of a galaxy, solitary bodies governed by the same gravitational force. It’s a complex array of dialect, gestures, whispers, shouts, suspicious looks and sudden laughter, cunning faces and friendly smiles, and traffic.

All this emotional chaos makes you feel as if you are breathing an air that doesn’t belong to you, and the only thing left to do is to hold your breath and release it slowly, timidly, because only those who are born in Napoli have the right to breathe its full power.

You can walk around the city for hours, eat the best Pizza in the world and the other delicacies it’s renown for, smell fried food mixed with carbon dioxide from the traffic at the edge of every street, get lost in the maze of narrow alleys in the Spanish Quarters, where vendors display nativities in all sizes and measures and figurines of famous people, from the Pope to Maradona. In Naples they both have to do with god anyways.

From time to time you’ll come across history: a church, a convent, a castle, the town goes back to ancient Greece times, and if the history of art and architecture is your thing, you’ll be busy.

Or, you can walk around the port, looking at the Vesuvius far in the distance and enjoying the smell of the sea and an aperitivo at one of the many restaurants. Or, you can walk up to Castel Sant’Elmo for a wonderful view of Naples from above. Or at the famously beautiful Royal Botanic Garden.

But you can also discover Naples Underground, where you’ll descend 40 m. underneath the city to walk around a labyrinth of narrow corridors and chambers excavated 2,800 years ago to make perhaps the first aqueduct in history. It’s a fascinating place, which increased in size over time to cover most of the city, and then during WWII used as a refuge to save the lives of Napolitans from the bombings.

I’ll be honest, Napoli isn’t the most beautiful nor the most welcoming city in Italy. It’s dirty, polluted and chaotic. Food is just as good as everywhere else in this country. I didn’t feel the same openness and hospitality I felt in Apulia or in Sicily nor the same marvel I felt in Rome or Florence.

Yet, I stayed there longer than anywhere else. I had fun. It’s that undecipherable vibe, I guess. Whichever way you look at it, Napoli is a special place.