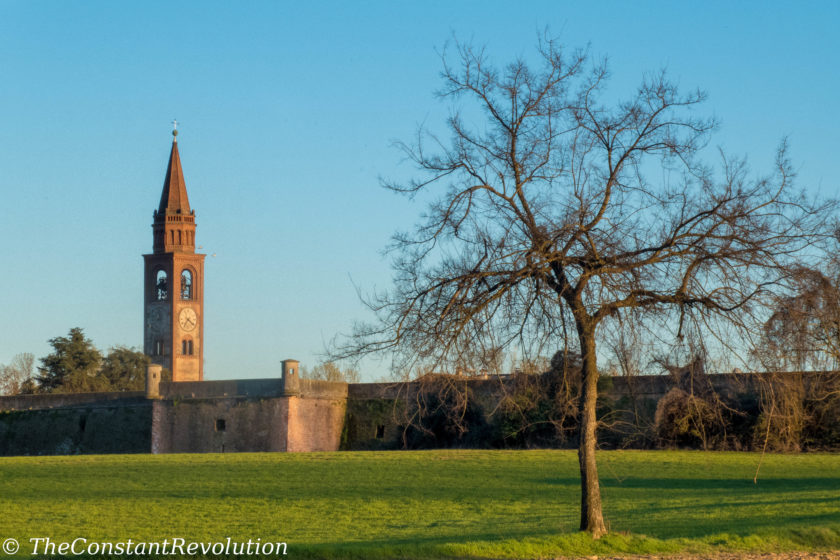 Are local realities solutions to global problems? Sometimes a seemingly unchanging world hides the potential for a constant revolution: people acting on the territory, for the territory.

I have been staying in my hometown for more than the usual two or three days in a long, long time. This gave me the opportunity to talk with old friends and people, to go for walks along the river, to dig up some memories and long-lost habits, and to reflect upon this reality.

Pizzighettone is the place where my family lives, the place I always kept my distance from, but also where I regularly return because… I don’t know why, probably because home is home, as long as there are reasons to call it so. And that’s all there is about it.

The fact is that being here made me wonder about the seemingly unchanging life of such places, and about something that’s been in my mind for a while, and has to do with the role of local realities as solutions to global problems, and where the nation-state is left in all this.

Pizzighettone, surrounded by well preserved medieval walls, looked over by its last standing fortified tower, with the calm waters of the river Adda cutting right across its historical centre, is an example of quiet in a fast pacing world. It’s situated in an agricultural and small industrial area, where basically most if not all of its adult population has a job, if expectations are kept to a reasonable level. It’s a place where the local dialect is still widely spoken; where food is served that can’t be found anywhere else in Italy, or in the world; where traditions, the good traditions, festival and events sometimes with very old origins, are preserved.

All of this can be seen, tasted, and enjoyed since the town has rediscovered and gave value to its history, gastronomy, and the unique beauty of flat, foggy and wooded landscapes of Southern Adda Park. 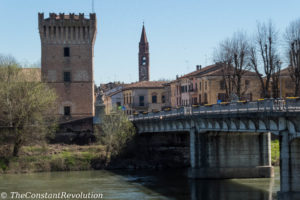 What is most striking to me is its stillness though. Time seems to flow at a different pace here. Very little changes, has changed: from the bar’s jokes and conversations to the way children roam freely by bicycle all over the town in market mornings; from the people who have been watching the football game in the same spot for years to those sitting around a table for a card game.

No one can tell this more than who has been away for so long. The feeling of coming back and thinking “nothing has changed here“, is very much present. The familiarity, the warmth of such unchanging world, works like a mother’s womb, a shelter that can’t deny its protections.
That is not to say I like to stick around for too long, but it’s reassuring.

So, why am I writing about all this in a blog should discuss change, rather than the contrary? 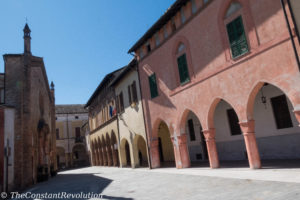 Well, because I believe this stillness, in a world that changes faster than people can keep up with, is also a constant revolution. It does take a conscious effort to preserve local cultures, languages, foods, and traditions nowadays. It does take commitment by the people on the territory, and dedication, and time, by the many who volunteer and by those who are elected to represent few thousand inhabitants.

Elections that have little to do with obtaining power, or money, or control. Here party politics becomes secondary to the outcome, as everyone knows personally the people running for office.  What really counts is the trust in the person rather than the colours he or she is bearing. Honesty becomes possible, as well as accountability. A lot of good work is done on the territory in these and other realities, work that goes often unnoticed.

I don’t think Pizzighettone is perfect or unique in this sense, it isn’t the only such place in Italy, or in the world for that matter. It’s just one of many examples of small towns dealing as best as they can with the problems they have to face. Problems that have little to do with local life, often perceived as something too far or irrelevant, or simply not understood.

All these places aren’t untouched by the economic crisis, or the changes modernisation and globalisation brought about. They aren’t outside the world. They just somehow try not to lose their identity to it and use it instead as a tool to counterbalance the negative effects of global changes. People acting on the territory, for the territory, not necessarily aware of the rest of the world, but definitely part of it.

The same can’t be said about national politics, which seems to be losing identity, purpose, and understanding of their territory. We are clearly undergoing a crisis of national politics. It’s enough to look around and see what’s happening in all western democracies and listen to who claims to be their representatives: a lot of strong words and empty promises, poor ideas seldom followed by actions, infinitely useless public debates, a lot of visibility and no solutions. National politics is no longer equipped to offer solutions, it doesn’t have the knowledge, the vision, the connection to its people, and the power, especially if claiming to stand alone.

The world certainly has problems: the sustainability of the environment and resources first of all, climate change, overpopulation, the economy that stopped growing, migration crises and so forth. It seems to me that in these times, small towns, where people know and care about their territory, where people work for their territory, not only are better suited to deal with their own problems, but also with the problems afflicting the planet as a whole. Local solutions might well be one of the answers the world needs, and the cradle where a shift to new ways of dealing with all those issues is nurtured. If possible, coupled with long-term, global visions that go far beyond those of nation states. To them, the nations and their little ineffective politics, all is left is to make room.