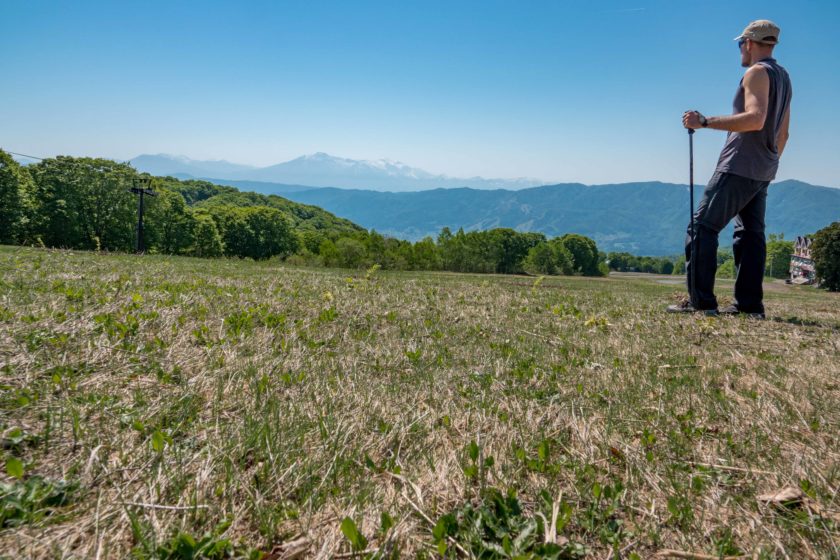 Nozawa Onsen is famous for its snow and hot springs, but it can be a delightful and relaxing visit off season as well.

So, what is an onsen? Very simply, it is a public bath, normally but not necessarily divided between male and female areas, where people go to, well, bathe.

Everyone goes in naked, it shouldn’t be allowed to stand to avoid spraying other people with water, and cold tap water can be reached all around the tubs containing the hot one. It goes without saying that you wash first outside, with buckets, then you enter the tub.

Now, traditionally an onsen should be using natural hot-spring waters, at whatever temperatures they come, sometimes far too bloody hot. But that is not always the case nowadays, and often the water is just warmed up or transported there from a hot-spring. Some onsen, like the one where I went to in Kyoto, have several tubs with several temperatures, including a cold one and a sauna, amazing.

Why am I saying all this? Well because Nozawa Onsen, as the name might have hinted, is a famous mountain area in the Nagano province with many hot-springs, and therefore many onsens, most of which are free. Sometimes local houses don’t have showers, people just go to the onsen, and so do tourists, in summer but mostly in winter.

Yep, because Nozawa Onsen is known for being one of the best spots for skiing in the world. The average snowfall in winter is between 10 and 14 metres, and the fresh snow is said to be a real treat for ski lovers. Skiing is so good that the place has the highest concentration of Olympic medalists for ski sports in the world.

Another incredible record is that the people from Nozawa Onsen are the oldest, on average, on the whole planet. It seems that mountain life, lots of snow and lots of onsens helps with keeping alive until very old age. 😉

Nozawa Onsen off season is a green place, where you can enjoy the slow life of a mountain village, good food, a few drinks, the onsen of course, and the occasional golf match if you are with friends. You know, take it easy for a while with close to zero tourists around.

The area is NOT organised with properly marked hiking trails to follow.

There is one easy and nameless trail to go visit a Shinto Shrine above Hokuryu Lake and then walk around it. It’s a relaxing half a day, and there’s a great soba restaurant just at the end of it. Otherwise, you need to walk up and down following the ski slopes, which isn’t exactly enjoyable although feasible (see featured image).

The closest more serious hike is called Shin-Etsu Trail, which passes on the mountain’s range ridge right in front of Nozawa Onsen. It’s supposed to be beautiful, but the season starts around mid-June. In May, when I was there, there’s still too much snow on the trail and camping areas are closed, although it’s only between 1000 and 1300 metres high. So, I couldn’t do it. Next time!