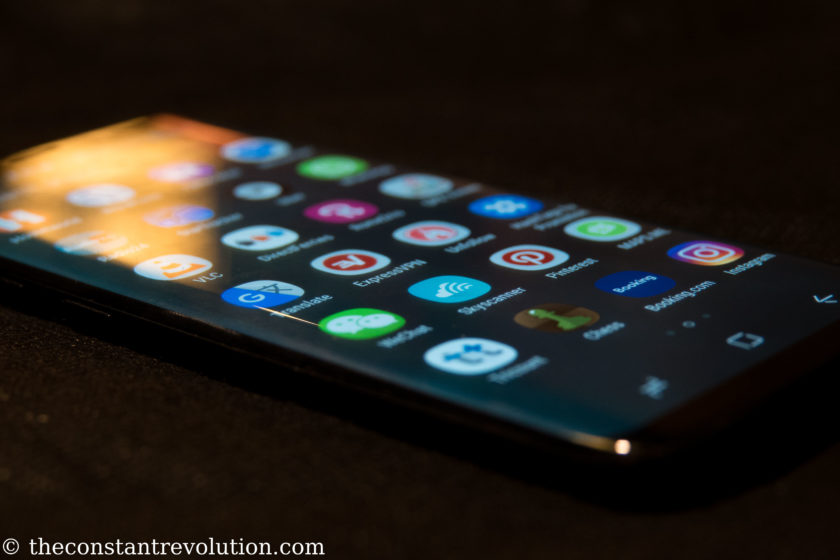 Here is a short list of smartphone apps that I found useful during my travels, so far, and a little playful suggestion right at the end. New entries and regular updates are to be expected 😉

Now, this is far from comprehensive, I am just genuinely putting here only the apps I use, and I don’t like long lists, and I will avoid the obvious stuff like social media apps. I’ll just add new interesting discoveries from time to time, I guess.

So, in a classic constant revolution fashion, here is the list in a completely random order.

This is perhaps the app I use the most. When I get to a new place, like a hostel or a hotel I bookmark its position on the app, so I can easily find it wherever I go. If possible I bookmark it even before getting there. This is useful for example in big cities, for orientation and to understand distances. Do I need a means of transport or can I walk to my destination?

I also bookmark points of interests, both the ones on tourist guides and the ones I come across to by chance. So I’ll be able to return to it. Maps.me can also work as a GPS and shows you the route to reach a point by foot or by car. There’s the option for public transport but it doesn’t work so well.

So the big question is, why don’t use Google map? Because Maps.me works offline and I make it a matter of principle not to buy a sim card for my phone every time I enter a new country. So I can actually enjoy my travel and be on the phone only when I connect to a wi-fi. If you are the type who wants to be all the time online, then perhaps Google maps is better in terms of accuracy and quantity of information.

A downside of Maps.me is that each country map has to be downloaded, for big countries a region or a province at a time, so it might keep a lot of space in your phone after a while. Also, it would be great if it was possible to create itineraries, so far there isn’t such an option.

This app allows to search for transport options from a point A to a point B pretty much everywhere in the world, and it provides for timings and costs of tickets. Pretty cool! It isn’t always 100% accurate, but considering that it works for the whole world, it’s still impressive. I find it very useful to have a rough idea about the length and price of any itinerary, and if it is possible at all to do it with public means of transport. It also provides links to Booking.com for hotels.

For those who do not like to take planes this app provides ferries links all over the world and works as well as ticket booking agency but it requires to create an account, I think free, I haven’t used it yet although I do find it pretty cool. Basically, you can select the country and see all the links from port to port that are departing from that country. Easy peasy!

Ok let’s finish this series about bookings with some classics, and in my opinion most useful apps.

The most useful app to search for flights is Skyscanner. It just makes great comparisons and finds great deals. I use it all the time. I also go and check on the airline website all the time too, and to be sure I am not missing out I go and check on low-cost companies websites as well before I book my flights. In general I find Skyscanner always up to date.

Now, I often travel without booking hostels or hotels, I like to find it on the spot, especially in small and isolated places. But when I need to book, as obvious as it might sound, I find Booking.com the most useful app. Most importantly, it is the one where I find consistently the best prices and deals. I’ll be transparent here, I use affiliate links from booking on this site. But that’s because I use it myself and I have no problems suggesting other people to use it too.

I also use Hostelworld, another great app and site. But not as good as booking, and obviously only for hostels. For the sake of completeness, the third good app for booking hotels and hostels is Agoda, especially in Asia. I use it from time to time.

There are many currency apps around, I like this one because it allows to compare up to 10 different currencies on the same screen. You can insert the number you want to compare in any of them, and the app automatically translates it into the other currencies. It’s fast, accurate and simple. Exactly what I need from a currency converter. It also has other options for market stuff, but who cares, I am a traveller not a banker.

An Italian proverb says that good accounts make good friends. Perhaps the person who developed Tricount thought of that. With this app you can keep track of all expenses of the trip between two or more people. The app will automatically divide up the expenses among the people in the group equally, no matter who paid for whom. In the end, you will have a balance with the amounts due or credits owned. I used it many times with my friends, and it really makes life easier.

I speak four languages, but they are all European and often it isn’t enough. In China for example, where very few people speak English and even gesturing is not very useful, an app like Google translate can be a lifesaver. Try to order vegetarian without speaking Chinese. I tried, I got a dish served cold (just like vengeance) with a whole chicken, and only the chicken, sliced up. I guess they understood I wanted only meat 🙂

Google translate works offline with text, you just have to download the target language(s). If you are online it works also by talking to the mic and it reads and translates everything by using the camera.

In some countries (China and Iran for example), you need a VPN to access many western sites on the internet like Facebook, Instagram, Google etc… Simply put, a VPN tells your computer to connect to the internet through servers that are located in other countries around the world, from where there are no restrictions. It slows down the navigation but you’ll be able to connect.

I use Express VPN, and I am happy with it, and I know it is one of the most used. I don’t have terms of comparisons with other VPN services by direct experience. I know there are several, some free. Indeed, that this app is not free, there is an annual or monthly fee to pay, and it can be installed on both your phone and computer if you are carrying one with you.

Ok this one is a little bit niche, but super cool. GPX viewer allows to download tracks on the app, and then follow them, for example a trek on the mountains. Basically with this app you don’t need a map any more. I love having my maps, but I also found myself in a situation where there wasn’t any map, and the GPX Viewer allowed me to do the trek without any problems and without the need to hire a guide. Nice stuff!

I don’t know about you but I like to know my stars, and every time I find myself in a nice starry spot, up on a mountain, in a jungle, or a beach, lost in nature and far from light pollution, I can open my star tracker which tells me what I am looking at, planets, galaxies and comets included. If this is not cool then I don’t know what it is.

I said I wouldn’t mention obvious social media app, and I won’t, but this is a kind of a special case. WeChat is basically the Chinese Facebook, and it works also outside China. It’s growing in neighbouring countries actually. It isn’t only a social media where you can keep in touch, share photos, check profiles and all the usual stuff.

With WeChat you can also make payments for products and services, just like you do with a credit card. It’s kind of like a digital currency (without the Blockchain technology), the payment is immediate. Everyone, literally everyone uses it in China. I have rarely seen Chinese people using cash. Of course you need to be online, and you need a Chinese account, for now.

Moreover, with the app you can also discover people nearby, like with Tinder and it can make your QR code to scan for a quick add to contacts without having to type a name. I have installed it just for fun, I don’t use it much, but in a couple of months in China I have created more than 20 contacts. It’s one of the first things Chinese ask of you: are you on WeChat? Through the app they also speak more, because they can use the online translators to communicate.

Alright, here’s the question everyone is waiting for. Does Tinder work outside the western world? Yep, it does. Happy? 🙂

And Uber? Yes it works too. In India I have used it a lot, saving quite some money. There are other similar apps as well.

This is not a specific app but rather a suggestion. There are many things to do when travelling, and, at least for me, it is very hard to get bored. Yet, there are dead times and you might not always be willing to read that long novel or stare out of the window at the infinite horizons. So, keep an app with some kind of gaming, following your inclinations.

Playing is a trait of human beings, it shouldn’t be forsaken or forgotten. I keep a chess app installed, simply called chess.com. I have no idea if it is a good one. I am a terrible player. I haven’t been able to go beyond level 6. But then again, this is a challenge against myself, it’s entertainment and self-improvement.

Other apps I find fun are the ones with trivia, especially if about travelling like World Geography, and the ones with brainy games and puzzles. Yeah I am kind of a nerd on this stuff and there’s a lot of app like this out there. But feel free to play candy crash if that gives you satisfaction 😉