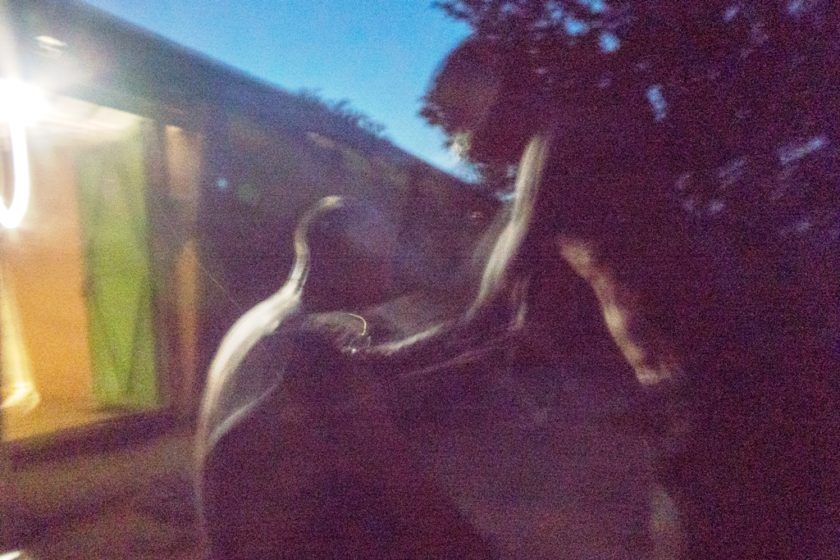 Tharu is the name of the ethnic group of the Terai region, Nepal. This is to a larger extent still a rural society, and among their know-how and practices, still live on the role of the Guruwa, or healers.

The Guruwa (pronounced Goo-roo-wah) are doctors, with lots of knowledge about local medicine, herbal medicines, often complemented by old, shamanic kind of rituals. They are believed to have the power to heal from snake bites, and chase away ghosts. Although the practice does not exclude modern medicine, Guruwa have an important role to play in Tharu society.

DIRECT EXPERIENCE WITH A GURUWA

I had the possibility to meet a Gurua as I injured my shoulder and arm while working in a garden. In the absence of any western clinic or orthopedics in this corner of the world, I have been suggested to go to a healer. Why not? Despite my skepticism about traditional medicine, I didn’t think it would do any harm. So, I decided to proceed, with the help of John, my host, who would be translating for me.


We went to the Guruwa house for a first meeting, and we were welcomed by a smiling, kind looking middle-aged man, just returned from working in the fields. The practice of healer is not a full-time job, he’s just called upon when needed, for the rest of his time he just works as a farmer, like everyone else here. He examined my right shoulder and bicep, and he quickly understood the injury happened because of an old problem. Indeed, I have irreparably injured my shoulder while climbing a few years ago, something that could be fixed only through surgery. I never underwent the procedure, so when I over exert my arm it can get heavily inflamed, to the point of losing mobility. In this case, I also tear something in the bicep, which caused me much pain.

The Guruwa then proceeded in applying a massage to the arm, neck and upper part of my back, and stretch my arm and shoulder in different directions, applying pressure to some specific points. The general feeling I had was that the man really knows what he is doing, as in he knows the anatomy of the human body. By massaging and moving the articulations, he identifies discrepancies, asymmetries, and attempts to put them back into place. I am not a doctor, but to me this sounds like a useful practice, definitely helpful in case of minor injuries.

However, in the end, I didn’t think he could heal something that is broken. After three sessions, the inflammation in my shoulder got much better,I recovered mobility there, but the tear in my bicep, the new issue, not really. It didn’t get worse either, but I preferred to interrupt this “therapy” of manipulation and just put my arm at rest. Very understandably, the Guruwa said I wouldn’t have to use my arm for few days.

Guruwa are believed to have the power to heal from snake venom, or getting rid of ghosts. During this type of rituals, they enter a non-terrain state, in which they communicate with the gods, interceding on behalf of the patient. Tharu beliefs are close to the natural environment, from which a myriad of deities exist.

When someone is bitten by a snake, one of the first things the Guruwa does is to give chilly spice to the patient: if they can taste it, then probably the snake was not venomous; if they can’t taste it, or the flavour is sweet, then they have been envenomed. The Guruwa sucks the venom out with his mouth and makes new, small cuts around the bite where he sucks more. Then he enters in a kind of frenzy state, during which he throws himself on the floor, writhing compulsively.

The ritual goes on for a while often accompanied by the reciting of mantras. Then the Guruwa returns from this state, in which he communicates with gods, and tries to speak with the patient, to see whether he has recovered from the venom, asking simple questions like identifying a colour. At times, a puja is necessary, an animal, a goat or a chicken, sacrificed to a specific god. Families might be asked to pray at the temple as well.


Guruwa are called upon also to get rid of ghosts. Tharu people strongly believe in, and are frightened of, ghosts, which can be around for many different reasons. Sometimes they are just there, some presences can be very old. Some other times ghosts remain in the places where people have died, especially if it was a violent death. So, they just avoid to frequent the area.

It also happens that when a person gets sick, or a child keeps crying with no explanations, a ghost might be “following” him. Then the Guruwa is called upon to get rid of the spirit. In this case, they might perform several types of body rituals, like putting a needle in through the tip of their tongue, or beat themselves on the back with a chain called chappanchura (literally, the 52 knives), or hit a stool with their head. These are means to communicate with the spirit, and push it away. Then, they might enter a similar state described above, for snakes bites.

From time to time there’s an initiation of a new Guruwa in the village. In such cases, all Guruwa gather around, light a big fire, and start drumming and chanting. The ritual builds up over time, until the Guruwa who is being initiated goes into a frenzy state, starts jumping in the fire, moving is arms and legs, until he goes with all his body in the fire, rolling in the embers.

THE ROLE OF GURUWA TODAY

The knowledge of the Guruwa is passed down from one generation to the other. Sometimes, they can be very secretive about it. Still, today they officially need a license for this practice, released by the government. Guruwa don’t always cure the patients themselves, they need to be able to tell when someone needs to be taken to a modern hospital. The practice does not exclude modern medicine, including in cases of snake bites.

The role of the Guruwa is important to the Tharu though, who believe in their healing capacities, especially when modern medicine doesn’t seem to work. Guruwa have a huge knowledge of the forest, venom and antidotes, eatable food, herbal medicine, and the anatomy of the human body. They help with childbirth, often complemented by another local figure, the Sonya, who is in our terms a kind of midwife. They also teach about hygiene, and basic healthy behaviour. They have a role to play in funerals, and in general in the spiritual life of Tharu people.

Guruwa are highly respected in Tharu society. They often save lives, especially when accidents happen in the jungle, or in the fields. The one I have met, worked with the military for a long time in his career. Tharu people pay their respect by giving the Guruwa some rice every year, besides the payments for one or the other therapies, or interventions. They look up at this figure as a child would do to a father, or a pupil to his master. Guruwa are teachers of life, acting between the edge of this and the other world.

Note of the editor

This article about Guruwa is not meant to be exhaustive, but just to provide an overview of the role of such figure in Tharu society. I have been told there are many different practices, and rituals, which change depending on the specific case. I didn’t have the chance to observe these practices, and understand the differences or the subtleties. The information presented here is gathered by my direct experience, that of my host John (who has seen the snake ritual and the initiation), and by asking some Tharu people I met in Thakurdwara to explain to me the role of Guruwa.