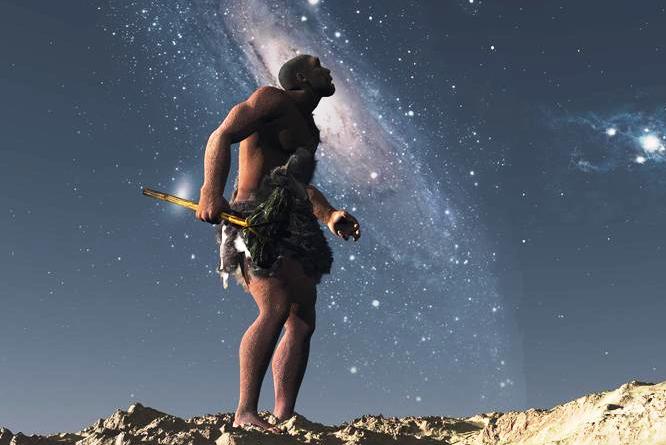 What was atavism according to Jack London? This review tries to shed light on what the author really meant by it through the analysis of two of his works: the novel Before Adam, and the short story Goliath.

When I read a book written by Jack London I am always, inevitably, completely absorbed by it. This is quite rare. Perhaps it’s the masterfully paced adventures, or the authenticity of intent, or the straightforward writing style, with so many layers of allegorical meaning. Be it as it may, he is no doubt one of those evergreen authors, always current, unbound by time. Martin Eden is in my humble opinion his masterpiece, a life-changing reading, a classic of all time literature. But I savour every page Jack London has written.

I have just finished reading Before Adam, which captured my interest especially around the question of atavism. 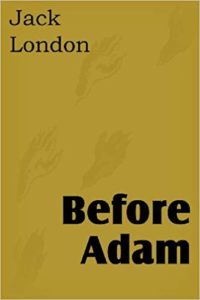 The plot is quite simple: it’s the story of this young boy living in present days, dreaming of a previous life when human beings where still something between primates and what they are today. It was an age of stones, caves, trees and fires. Men were constantly hunted by predators and were divided into groups, each pertaining to a specific species, fighting one another for territory and survival. Only the dreams of this boy are not just dreams, they are incredibly vivid, they are like a parallel life of an ancestor from ancestral times; a life he is able to describe perfectly, with the language and eyes of a 20th century person, but lived through the body, instincts and feelings of a primitive man called Big Tooth.

This is already exciting! London finds this literary formula to tell the story of a man living in a complete state of nature, more capable of climbing trees than walking straight, and with a language limited to about forty sounds. The story – it is more a long story than a novel – is really entertaining in this sense, and manages to convey the playfulness of such simple minds, the lack of logic that was steering their actions compared to our logic, and the constant state of fear they were living in.

Just like animals, these progenitors were always on alert, death could come from the slip of a foot in climbing a tree, from predators, from other humanoid species, or from within the group itself. It was almost impossible to live a full life and die of old age. Most importantly, London managed to convey the idea of an evolutionary tension in the life of this species, a struggle between past and future, the tendency towards evolving into something more versus the instinct of preservation.

This has to do with atavism, and its meaning at the time as much as today.

From the vocabulary: we define atavism as the appearance in an individual of some characteristics that belong to some remote generations, to some ancestors, and that do not belong to us, or our species any longer.

Therefore it’s just a matter of time, every species has its atavism. For us, it could be the cavemen, for the cavemen it was an even older species, and so on until the beginning of life. Now, normally when we speak about atavism we think immediately of some kind of physical trait, but I think Jack London wanted to talk about something else, something that has to do with a certain type of behaviour, and with the human species as a whole. But to explain that, I’ll have to explain a specific scene of the book in some details. Spoiler alert on.

Among the cave men Big Tooth lives with, there’s one individual in particular who is different from the others. He is bigger and much stronger, less communicative, less inclined to live peacefully and cooperatively with the others, and much more violent. He is called Red Eye, and many times in the story he is referred to as the Atavism, because of both appearance and behaviour.

His diversity is implied in the story, he is less evolved, as it were, and so he is perceived by the others. He shouldn’t be part of that species, which otherwise would live in peace with one another. Indeed, Red Eye has this bad habit of using force to obtain whatever he wants, this includes picking the woman he likes, taking her to his cave, do as he pleases, most often beat her up to death, and then just pick another one.

The group doesn’t like that, not one bit. When Red Eye tries to get a woman from another man, he kills that man, and the group, formed of dozens and dozens of individuals, observing from a certain distance complains about it with fierce sounds and screams, only to fall silent when Red Eye approaches them. There it is, the evolutionary tension: on one side a sort of understanding that there’s something wrong in the group when one individual behaves that way, and an inexplicable desire to complain about it, to perhaps even do something about it; on the other side, the incapacity to get organized (yet!), to fight the oppressor together, the lack of means of communications like a language, and a certain instinctual tendency towards cowardice when it comes to self-preservation. Does that ring a bell?

So here’s my question: is the Atavism Red-Eye really an atavism? The cavemen were calling him so, because it didn’t fit in that group, because it was part of something ancestral, with those muscles and that aggressive behaviour. Nevertheless, there he was. I believe the modernity of Jack London’s thinking starts to emerge here. But that’s not all.

In the story, there’s another species, a little more evolved than that of cavemen, it’s the fire men. They are better looking, walk almost all the time straight, better organised, cleverer and stronger: they have bows and arrows, they have fire. To them perhaps the whole cavemen species is an atavism. So what do they do? They take the cavemen to the brink of extinction, in an attack aiming at expanding their territory. Literally a massacre, a holocaust. So here’s my question again: where is the Atavism there? Not that the cavemen would have done much differently if the roles were reversed. In a scene, Big Tooth teases and plays violently with a member of yet another species, the tree men, which are a little less evolved than the cavemen, by human standards.

It’s like a circle, or a circus, depending. We all have our own atavism, or we are the atavism of someone else. But when it comes to certain traits, perhaps nothing has really changed. Not yet! This is what, I believe, Jack London wanted to say. At the end none of the species in the story really got extinct, otherwise the young boy of the 20th century wouldn’t be able to dream about the life of Big Tooth, his ancestor. The fire men, the cavemen, the tree men… they all went on, somehow, and survived, and evolved with the passing of aeons, and became the human beings we know today.

They became capable of great organizations, and intelligence, even of cooperation. They became capable of controlling matter, of progress and innovation, and gain great knowledge. They lost some of the ancestral traits and gained new ones, like the capacity to communicate with language – the opportunity to understand each other. Yet, something has never changed, never disappeared, never even begin to dissipate. This trait is so deeply imbued in the memory of our DNA that perhaps never will disappear, or perhaps it still needs much time. We still display cowardice in the face of the stronger; we still try to control the resources with brute strength at the expenses of others; we still try to control others with power, and fear.

So, there isn’t much difference perhaps between us, and our ancestors. After all, even Red Eye – the Atavism – managed to survive the attack of the fire men.

The subject of atavism and the evolution of human beings is somehow treated again by Jack London in the short story Goliath, that I could read in the same edition of the book Before Adam. Here basically one man makes such a big discovery to manage to gain power over the entire world. But he is an enlightened man, and uses this power to destroy all weapons, and abolish private property, and let human beings free to organise a new society star trek style, where mechanisation takes care of most of the work, natural resources are managed with equality, and humans focus on the improvement of themselves rather than on fighting. A positively utopic view of society. I don’t know if Jack London really believed that was possible, or just used the story to paint his ideal image of society, incidentally not exempted from specific political views that were emerging strongly in his life period. However, I see in this story the perfect continuation, and conclusion of Before Adam, as the point in which human beings could really look back, at their ancestors, and say the word without fear of hypocrisy: atavism!