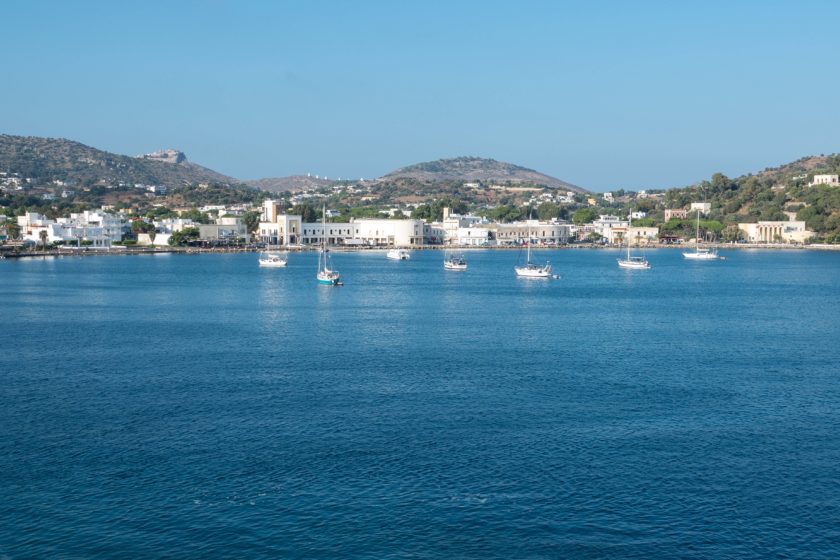 After an 18 months journey throughout Asia I entered Europe in Leros, Greece, where I met friends, but also some refugees from Gaza and the search and rescue crew of Open Arms. Something that made me think about life, luck and different type of journeys.

Everything happens randomly. Just when I was about to leave Turkey, I found out a friend was navigating the waters of the nearby Dodecanese islands. So, he invited me to join him and his friends in Leros, where I ended up meeting three refugees from Gaza, and with Proactiva Open Arms, the multi-awarded Spanish NGO dedicated to search and rescue on the Mediterranean Sea.

Two fabulous nights on a catamaran boat around a quiet, beautifully shaped island with crystal clear waters. I loved Leros. Being there with people that know the place so well had a big part on it, although the best thing was really how nicely I was welcomed aboard by my old, and new friends. The perfect gift for my come back to Europe after a year and a half of absence.

Docked just one boat away from us was the Open Arms vessel. I couldn’t miss the chance to have a chat with the crew. It was an informative but short chat, as the boat was getting ready to leave for a new mission the same day.

Still, I got to understand how the NGO was created through crowdfunding and grew thereafter, how they operate for their search and rescue missions, the composition and roles of the crew (they accept volunteers by the way, through their main office in Barcelona), and how they cooperate with other organisations on the island to help out refugees, as a big camp is stationed on Leros.

Indeed, just the previous day I happened to meet three guys from the refugee camp. They approached me on the street and said hi, and I guess they were encouraged by my friendly response as in that short time we walked together along the pier they told me their stories.

They were all from Gaza. One of them called home to say hi and kids from this faraway place I have never seen waved their hands at me with huge smiles and excitement. The second one was about to go to Italy to join his family, it’s a sure thing, he said. The last one showed me some documentaries he helped making and photos of himself looking into the camera, focused on the job.

He’s a professional cameraman. He loves his job, he explained, he went as far as to say he prefers a camera to a woman, and the conviction in his bright blue eyes, so unusual for someone with middle eastern features, made me believe him.

He was also the one complaining the most about living conditions at the camp, life in the containers as he pointed out, which I haven’t seen myself. He said he isn’t allowed to take videos or photos there, but in any case he no longer owns a camera.

I could feel his frustration: being trapped like that, so young and yet unable to grow, to work, to follow any path, just escaping from a place you used to call home towards an unknown I could never hope understand. I am on a journey to satisfy my curiosity, I thought, to live an adventure. But these guys are on a kind of journey your life depends upon, and the weight of this unfathomable truth could be clearly perceived all over their presence.

Right, luck. I had so much more luck than them, and sometimes I think that luck could be better distributed around the world, but that’s not how things work. The world, the universe doesn’t care about luck, it’s just a vast cold place that happens to be inhabited but follows a different destiny.

It’s only up to us, everything is up to us. Their universe is so much smaller than mine, their freedom to move in it so much tinier. Yet, they seemed to be glad about our short conversation, to be able to tell a story to a stranger who lent his ear for a few moments, to have a few different minutes in days that must look all the same. They sent me back to thinking about what I was going to have for dinner with a big smile.

The Open Arms crew member I talked with said this year the number of people escaping through the Mediterranean is increasing again. They come from all over, but mostly Iraq, Iran, Gaza, and Syria, and in this part of the Mediterranean, they cross from Turkey. When they are rescued they might remain in the camp up to one year waiting for their documents to be processed, waiting for their fate to be decided by someone they’ll probably never meet. The UNHCR, also on-site, or other organisations help them out, and they receive about 90 Euros per month for the first six months, besides the “accommodation”. However, Open Arms main and most important job is to rescue them at sea and take them to a safe port.

I didn’t explore any further about the life of refugees on the island,  or asked the islanders how are things in their view. I just happened to be in Leros by chance, invited by some friends who by chance were docket nearby the Open Arms vessel, and by chance I met these three guys from Gaza. Everything happens randomly.

In the end, some of them will be sent back to their home country, some others will receive refugee status and move on to some EU countries with huge hopes for a better future, perhaps, with a bit of luck, even getting a job as a cameraman.