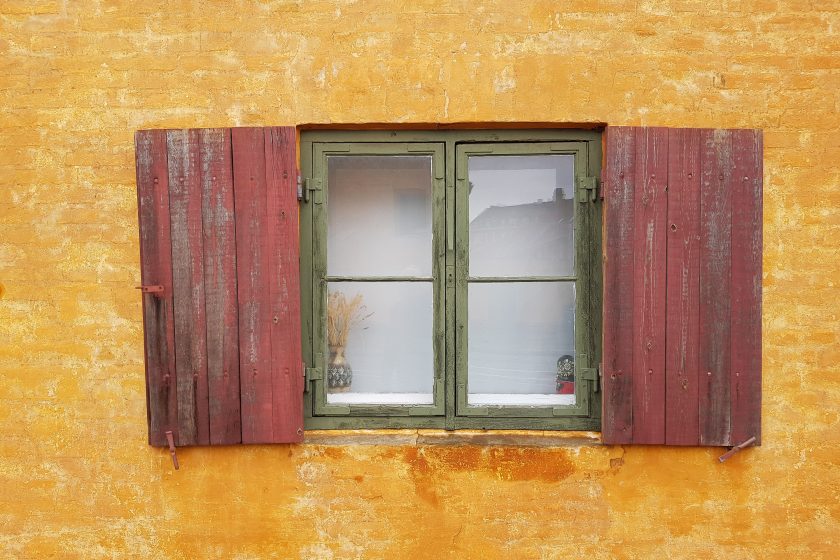 Where we spend the night singing, we wake up in a cold and windy Copenhagen, and the Connecting Europe Express crosses the Baltic Sea on a beautiful bridge

The fourth night on the Connecting Europe Express was a karaoke blast. We sang through darkness and beyond until the last bit of our voices left us. Only then, we all accepted to be lullabied by the rhythmic tu-tum tu-tum noise of the train passing on rails, safely nestled in the warm blankets of our cute sleeping cabins, where rest is assured. The best singer award of the night goes to Yvonne!

The morning always comes too fast on this journey though. At 8 AM we have to hop off the train as it needs to go to its regular maintenance. Some people take us for a tour of what in my understanding is (was) the access apartments of the royal family to the station. I am still half asleep and have no brain to follow the explanations, but I am pretty sure I understood that Danish people love their Queen. Fair enough.

Waking up after a night train ride in Europe is just like taking a flight. You cover quite a big distance without realizing it. Suddenly you are in a new country, with a new language, and no Euro currency (we often take this for granted). The colours are different. The temperature is different. The houses and streets are different. Even the advertisements that you can always see around cities. Everything has changed, and I think that’s pretty cool! Change is the quintessential of the word discovery.

An event is planned at 10 AM in the station around the Connecting Europe Express, with the exchange of pennants and some speeches. So my colleagues remain at the station while I go for a walk. I have only two hours before we leave again, so I put the fast speed gear in. The weather is horrible though. The sky is pale white, there’s a cold cutting wind, and it rains quite often. I don’t even pull out my camera with so few colours and shadows around, I just take all photos with my phone. Welcome to the North of Europe. Well, I live in Brussels, I am used to this.

I am in a good spirit actually. Cold and rain electrify me, just like with cats. With no trace of catlike posture nor feline elegance, perhaps more that of a hungry bear,  I run around the four corners of Copenhagen taking pictures. It’s a first for me here, so I try to get a general impression.

The first thing I notice is a lot of bicycles. Really a lot. After Amsterdam, this is where I have seen the most probably. I kind of like it, especially in places with harsh weather, that people bike a lot. The whole city slowly starts to adapt to this need and in an organic way becomes much greener. I see people smiling and saying hi to each other from time to time. I even get a couple of smiles, probably of pity as I am the only one on foot.

There are a few joggers along the shores. It is still early and the town is waking up, with not many people around. Probably on the account of the bad weather too. I reach the famous little mermaid in a particularly stormy moment, but I kind of enjoy being there on my own with her. It’s a small statue, but I do perceive the charm that made her famous. Isn’t the dream of every man to be able to meet a mermaid, and the underwater world she carries along? She is also one of the most vandalized statues ever, probably because it attracts a lot of attention when something happens to her.

On my way back I pass through the city centre, which looks like a balanced mix of shops, galleries, and cafés, with some pedestrian streets. Of course, I stop in a good coffee shop for an americano and a cinnamon roll. From time to time there are streets with colourful houses leaning against each other. There are several architectural styles, although the nordic touch is quite palpable.

All in all, I don’t have much to say. It is definitely a place where I would spend a few days, just to check out the nightlife, cultural life, international life if there is any… it inspires trust, and there seems to be a good quality of life. But I have no time for that. I have to go back to our beloved Connecting Europe Express.

At 12 sharp we depart and move towards Sweden. Here a weird thing happens. We are all requested by the train staff to move, all the passengers of the train, to the sleeping car. Some kind of safety measures it seems. Yep, we went through 21 countries with no such issues, but on the Danish railways’ system, the OBB coach from Austria is the only one allowed to carry passengers.

That’s life. Those are the rules. We have to follow them. So we all squeeze in in the tail of the train. I don’t investigate further. Clearly in this case rules between Denmark and other EU countries don’t match completely. Future work for the experts.

In about 40 minutes we are already on the 16 Km long, beautiful Øresund Bridge, a direct connection between Denmark and Sweden over the Baltic Sea. It is quite spectacular and part of the TEN-T Scandinavian-Mediterranean corridor. We can now claim back our seats in the panoramic coach and, above all, in The Office, the dining coach.

What a great symbol are bridges, aren’t they? They literally, practically, physically create a connection, and thereby a link between two sides that until that moment were separated. We can go as far back in time as our collective memory can do and find out that bridges have always fulfilled this task.

Infrastructures like these aren’t just masterpieces of engineering, cold and expensive amasses of steel and concrete, purposelessly put in a place or in another. Since Øresund Bridge has been opened, at the beginning of the century, cars and train passengers have been able to move efficiently between Denmark and Sweden. This bridge has created job opportunities, value for tourism, growth of the housing market, and much more.

But above all it connected two countries, it allowed them to communicate in a space of 16 Km. It is one of those missing links that EU projects often fund or co-fund. Without this bridge, going to Sweden by train would have not been possible for us today, or extremely long and complicated.

Instead, we are now sliding through quite a stunning Swedish landscape. For the first time, we are passing by a very extended forested area, the green of the leaves about to switch place with yellow and red, the autumn colours. There’s a lot of water, canals, lakes and swamps, and then here and there wooden made houses, often coloured in a dark red, often isolated. It makes you wish to stay here and spend some quiet days fishing and reading. Really nice!

So much so, that I am going to close today’s post, and enjoy the view.